On July 28, actress Kim Sae Ron gave an interview in which she talked about her “Mirror of the Witch” co-star, Yoon Shi Yoon, and his program “2 Days & 1 Night.”

“If he asked me to appear, I would,” she said. “But he probably doesn’t have any thoughts about it.”

During “2 Days & 1 Night’s” Ewha University special, the cast was asked to dress up in a “boyfriend look.” Yoon Shi Yoon shocked the members by showing up in jean shorts and a hot pink shirt and claimed that Kim Sae Ron had been his stylist. 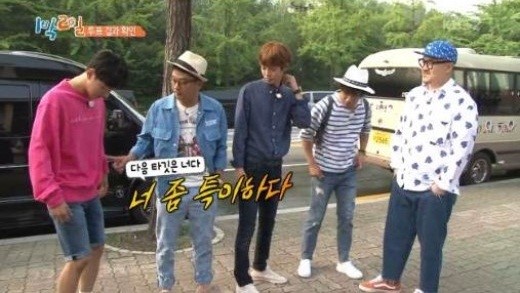 Kim Sae Ron protested, “I never recommended those clothes. I wanted to see him dress nicely on TV for once so I sent him photos of various styles. I told him to copy the picture exactly and not to mention me if he wore something else. But he went on broadcast and said I recommended it… I never told him to wear jeans and a hot pink shirt!”

Kim Sae Ron and Yoon Shi Yoon’s drama “Mirror of the Witch” wrapped up on July 16. Watch the finale below!