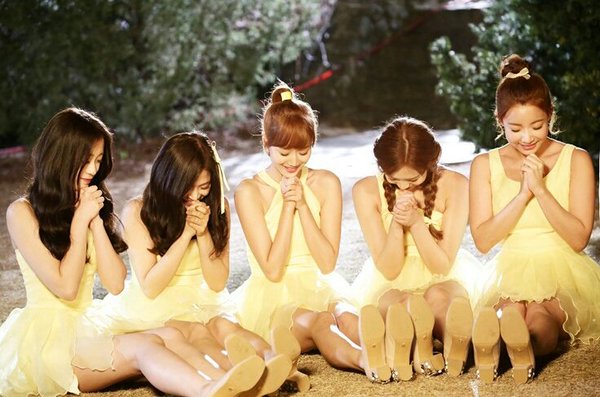 Rookie girl group April will be holding a solo concert this summer!

April announced on July 29 that their first solo concert will be held on August 21 at the Baekam Art Hall in Seoul. The girls are currently in preparations for the event.

The concert is in honor of their first anniversary since their debut and they will perform two concerts in total.

April debuted in August 2015 with the mini-album “Dreaming” and the title track “Dream Candy.” Originally a six-member group, one of their members chose to pursue her studies soon after their debut.

Since then they have released tracks such as “Muah!” and “Snowman.” Their comeback this past April with “Tinker Bell” had a good reception among the public.

Support the artist by buying Spring from YesAsia