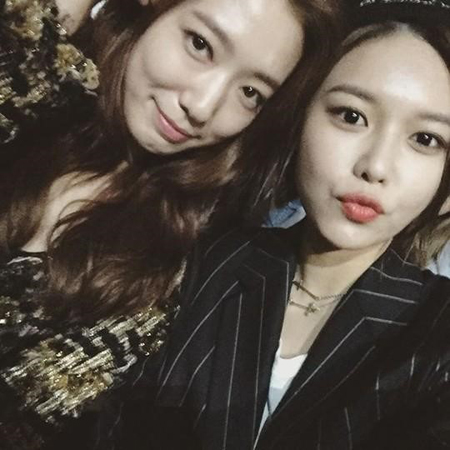 Girls’ Generation member Sooyoung was thrilled to get a package from her friend, actress Park Shin Hye!

On July 29, Sooyoung uploaded a photo to Instagram of herself smiling with a big box in her lap. A piece of paper on the box reveals that it’s from Park Shin Hye.

Sooyoung writes as the caption, “I’m so happy after receiving a gift from Hye Jung. Keep it up! Sung Hee is cheering you on.” Park Shin Hye and Sooyoung are both starring in dramas right now, with Park Shin Hye playing a fierce doctor named Yoo Hye Jung in “Doctors,” and Sooyoung starring as tax collection officer Chun Sung Hee in “Squad 38.”

Sooyoung jokingly references their dramas by adding in the hashtags, “Hye Jung, you’re paying your taxes, right?” She then adds, “What could the gift be? It’s not snacks.”

Park Shin Hye and Sooyoung were both students in the performing arts department of Chung-Ang University, and graduated together (along with Yuri) back in February.