Recently, a video was uploaded on a YouTube channel that showed a fan signing that took place in Seoul. In the video, fans reveal to Sunmi that a video that showed Wonder Girls doing a tipsy performance of “Why So Lonely” had been released.

Earlier, Dingo Music had released the video of their fun performance that took place in a restaurant that showed the members taking shots of soju and singing enthusiastically to their hit song. The girls perform energetically, with Yubin drumming along with her chopsticks and Sunmi taking sips of the stew in between her lines. 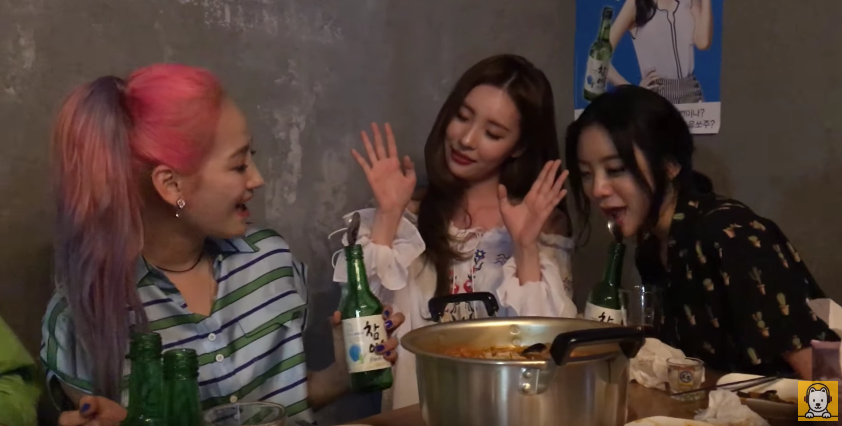 When Sunmi hears that the video is out, she lets out a cute yelp as she grabs the side of her face and shakes her head. The fans laugh as they ask her how much she drank. She looks horrified as she covers her mouth and says she didn’t drink that much.

Check out their hilarious tipsy performance below as well as Sunmi’s adorable reaction!