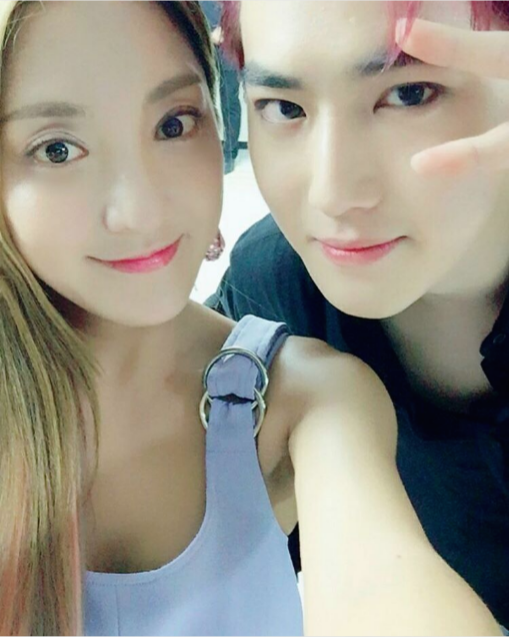 Singer Bada is a loving senior and shows off her loyalty to EXO’s Suho!

On July 30, a source from Bada’s agency The Ocean Entertainment revealed that the singer attended the July 29 concert of EXO’s third concert series, “The EXO’rDIUM,” in order to support her junior, Suho.

It turns out that Suho invited her himself, as they are friends in real life. The two singers also previously appeared on “Duet Song Festival” at the same time.

Bada reportedly went to the concert with Lee Jung Hyun, and thoroughly enjoyed herself while singing along to the younger idol group’s songs. She also supposedly followed their dances while shaking her very own EXO lightstick.

Notably, as a first generation girl group member, Bada says, “It was heart-fluttering and nice to be a part of the audience at the Gymnastics Arena of Olympic Park Stadium, where S.E.S. held a concert in the past.” Before the concert, the singer also mentioned that she was wearing a purple dress, signifying her former group’s official color, and would proudly attend the concert as a representative for all of S.E.S.

EXO
Bada
Suho
How does this article make you feel?