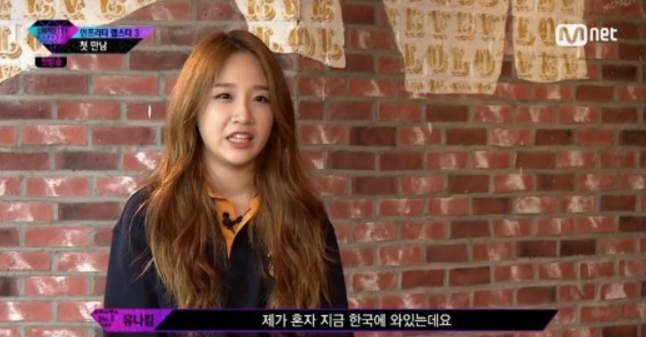 Euna Kim Reveals Her Difficult Situation After The Ark Disbanding

On July 29, Mnet’s “Unpretty Rapstar 3” aired its first episode. The episode revealed more about the 10 contestants as well as featuring their rapping skills.

In particular, Euna Kim, opens up about her recent situation.

Euna Kim is a former “Superstar K 3” contestant. Following her appearance on the show she was recruited by YG Entertainment and was a trainee there.

However, YG Entertainment didn’t work out and Euna Kim went to Music K to debut as a member of The Ark. Unfortunately, the group disbanded after contracts were cancelled approximately two months ago.

Euna Kim revealed, “Right now I’m working part-time at an Italian restaurant. My parents live in America.” She also tearfully expresses her desire to do well and help her family.

Unpretty Rapstar 3
Euna Kim
How does this article make you feel?