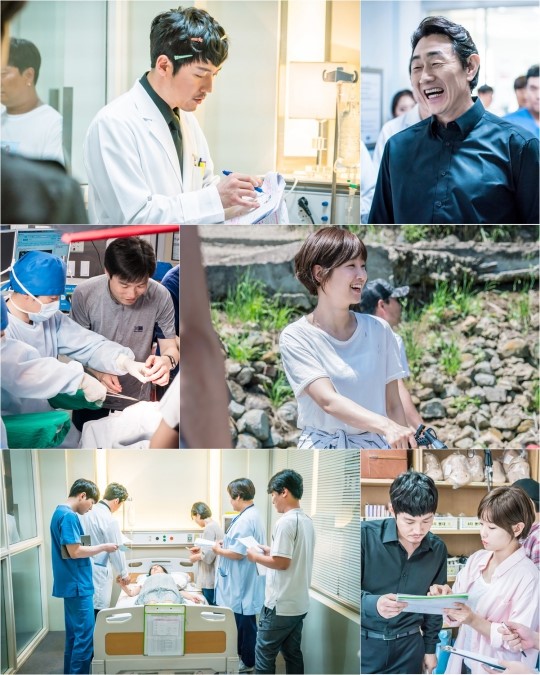 The cast and crew of “Beautiful Mind” have taken their surprising episode reduction in stride and are continuing with the mentality, “The show must go on.”

The KBS drama released its final behind-the-scenes cuts on July 29. The pictures show Jang Hyuk working hard on his scenes despite the hot weather. The actor had recently impressed audiences after his character learned that his antisocial personality disorder had been a misdiagnosis.

Park So Dam and Heo Joon Ho, meanwhile, look bright and cheerful on set, showing off the good chemistry between the cast.

A source from “Beautiful Mind” stated, “All the actors are extremely passionate towards the current filming and the production in general. They are constantly reviewing the script and rehearsing scenes. We will do our best in this final sprint so please support us.”

“Beautiful Mind” airs on Monday and Tuesday at 10 p.m. KST. Watch the latest episode below!