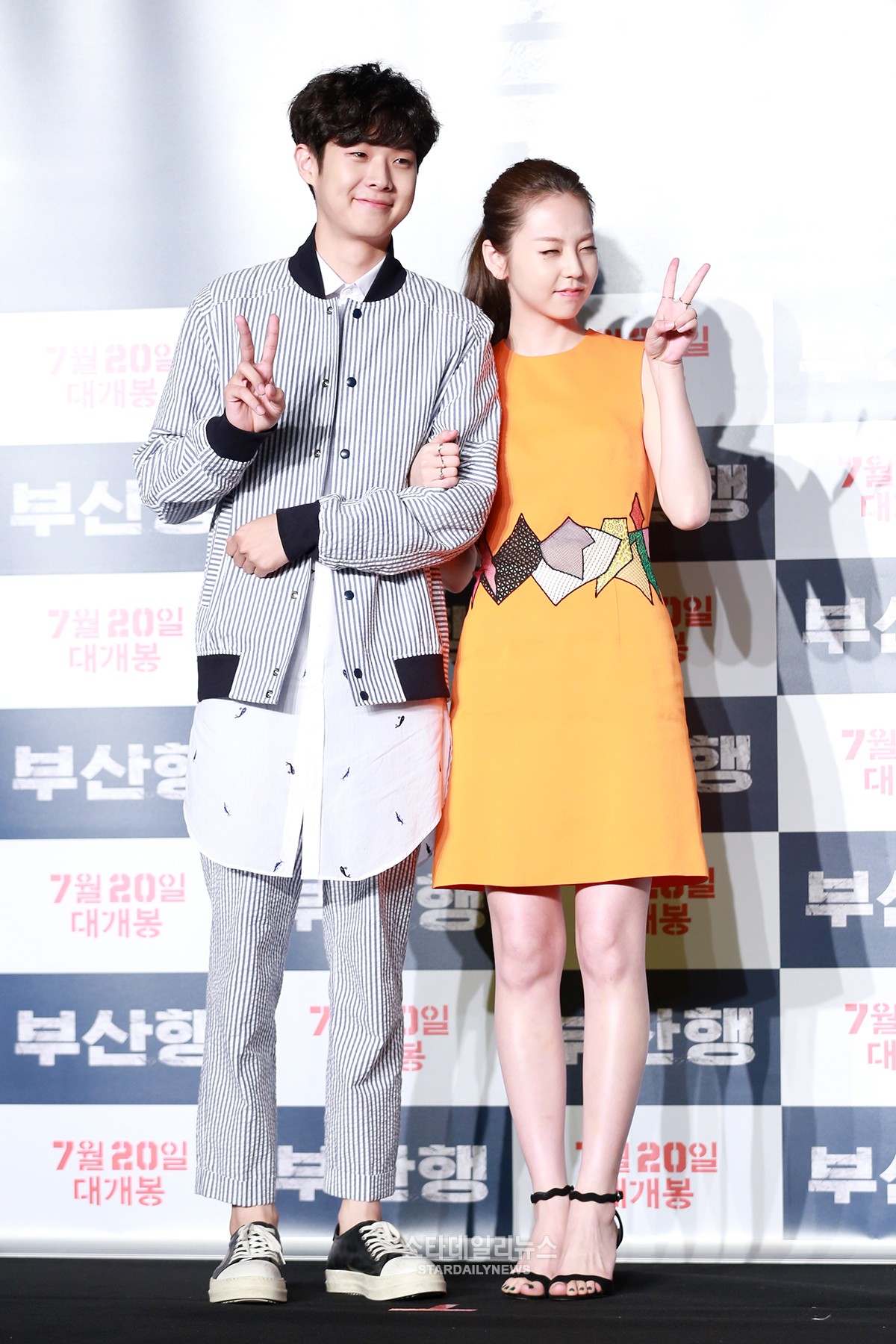 Choi Woo Shik Is Full Of Praise For Co-Star Ahn Sohee (And Himself?)

On July 29, Choi Woo Shik sat down for an interview to promote his new film “Train to Busan.”

In the movie, he plays a high school student alongside Ahn Sohee, formerly of Wonder Girls.

“We matched well together,” Choi Woo Shik said. “I’m two years older than her but she’s been in the industry for 10 years. It was like seeing a celebrity.”

He continued, “Sohee is famous for being shy, but on the set of the movie she approached us and made conversation naturally.”

At the press conference, Choi Woo Shik had tried to get Ahn Sohee to do a heart gesture with him and ended up getting rejected.

“Wasn’t that cute?” he said now, smiling. “I think the two of us are totally adorable.”

“Train to Busan” opened in theaters in Korea on July 20 and is expected to garner a cumulative audience of over 10 million by next week.