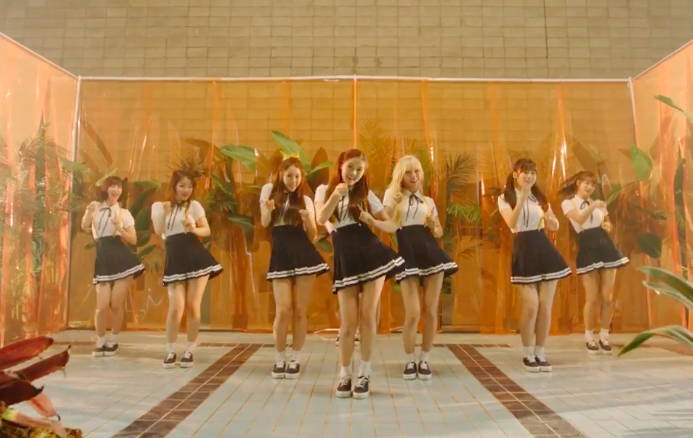 Oh My Girl is continuing their streak of fun tracks with the release of “A-ing”!

On August 1 at midnight KST, the eight-member rookie group released their new “Summer Special” album and shared the music video for its title track, “A-ing.”

Reggae duo Skull and Haha feature on the track, and naturally the song has been influenced by the genres of reggae and pop. It was produced by 72 and British producer David Anthony.

In the music video, the members look like bohemian summer beauties as they turn an indoor swimming pool into their own beachy wonderland, as well as show off some of their choreography in schoolgirl-inspired outfits. Watch it below!

In addition to “A-ing,” “Summer Special” includes three other tracks, “One Summer’s Christmas,” “Je T’aime,” and “I Can See The Lies Too.”

Are you loving Oh My Girl’s new song?

Support the artist by buying Oh My Girl- Summer Special Album from YesAsia
Oh My Girl
Skull and Haha
How does this article make you feel?