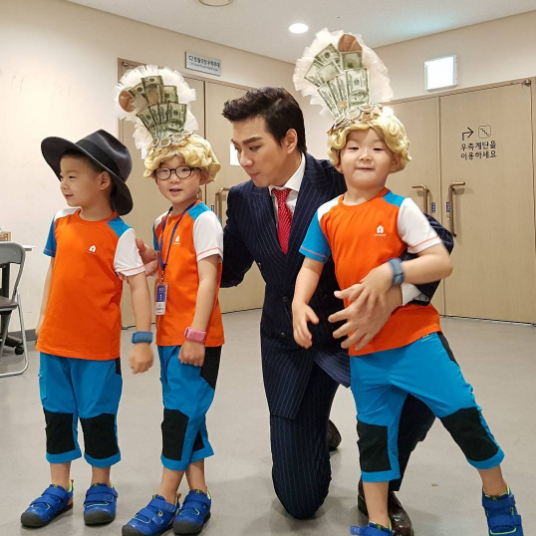 Daehan, Minguk, and Manse got the chance to put on hats and wigs from their dad’s musical!

On July 31, actor Song Il Gook shared a shot of himself backstage at the musical “42nd Street” with his beloved triplets. In the photo, Daehan and Minguk are wearing blonde wigs that feature headdresses with dollar bills, while Manse looks dapper in a stylish hat.

Song Il Gook writes as the caption, “Daehan, Minguk and Manse, who came with their mom today to meet Julian Marsh.” Song Il Gook is currently playing the role of director Julian Marsh in “42nd Street.”

Daehan, Minguk, and Manse became household names after appearing with their father on the popular reality show “The Return of Superman.” Although they left the show earlier this year, you can stay updated on their lives by following Song Il Gook’s Instagram here: @songilkook.