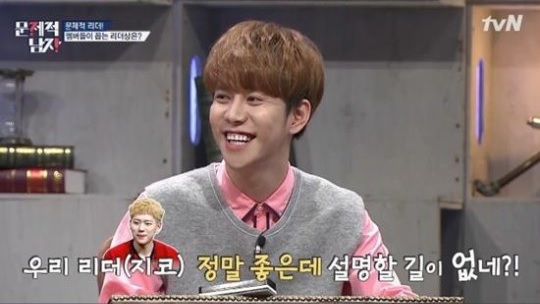 On the July 31 episode of tvN’s “Problematic Men,” Park Kyung chooses Shinhwa’s Eric as the ideal leader. He explains, “I’m close with Shinhwa’s Minwoo, and he brags about their leader a lot. After a concert, Eric would give feedback to the members one by one. He encourages them with the message ‘Let’s love.’ I think that’s a good leader.” 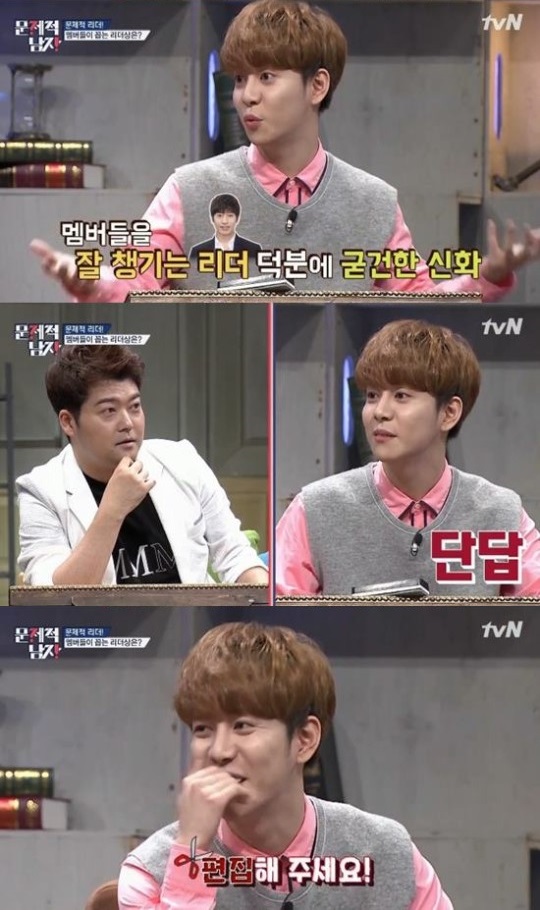 When he is then asked what he thinks about his own leader, Zico, he panics and awkwardly responds, “He’s fine. He’s very capable. He’s good,” before hilariously commenting, “Please edit that out.”

Update: This article has been altered from its original version, which incorrectly stated that Park Kyung was a guest on the show.

Block B
Problematic Men
Eric
Shinhwa
Zico
Park Kyung
How does this article make you feel?