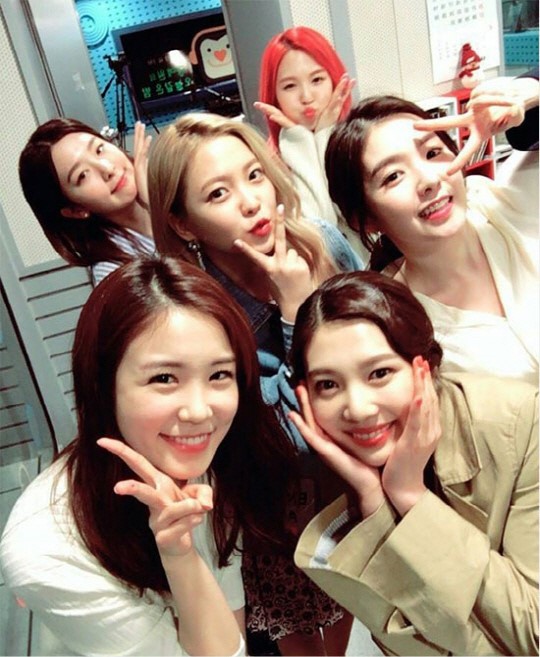 On August 1, Jang Ye Won posted a selfie of herself with Red Velvet, writing, “Congratulations Red Velvet on your second anniversary. Make a comeback soon and visit me at ‘A Night Like Tonight.’ Happy 2 Years with redvelvet.”

Red Velvet made a highly anticipated debut under SM Entertainment on August 1, 2014 with digital single “Happiness.” Originally a four-member group composed of Irene, Seulgi, Wendy, and Joy, Yeri joined the group in March of 2015.

Congratulations to Red Velvet on their second anniversary!