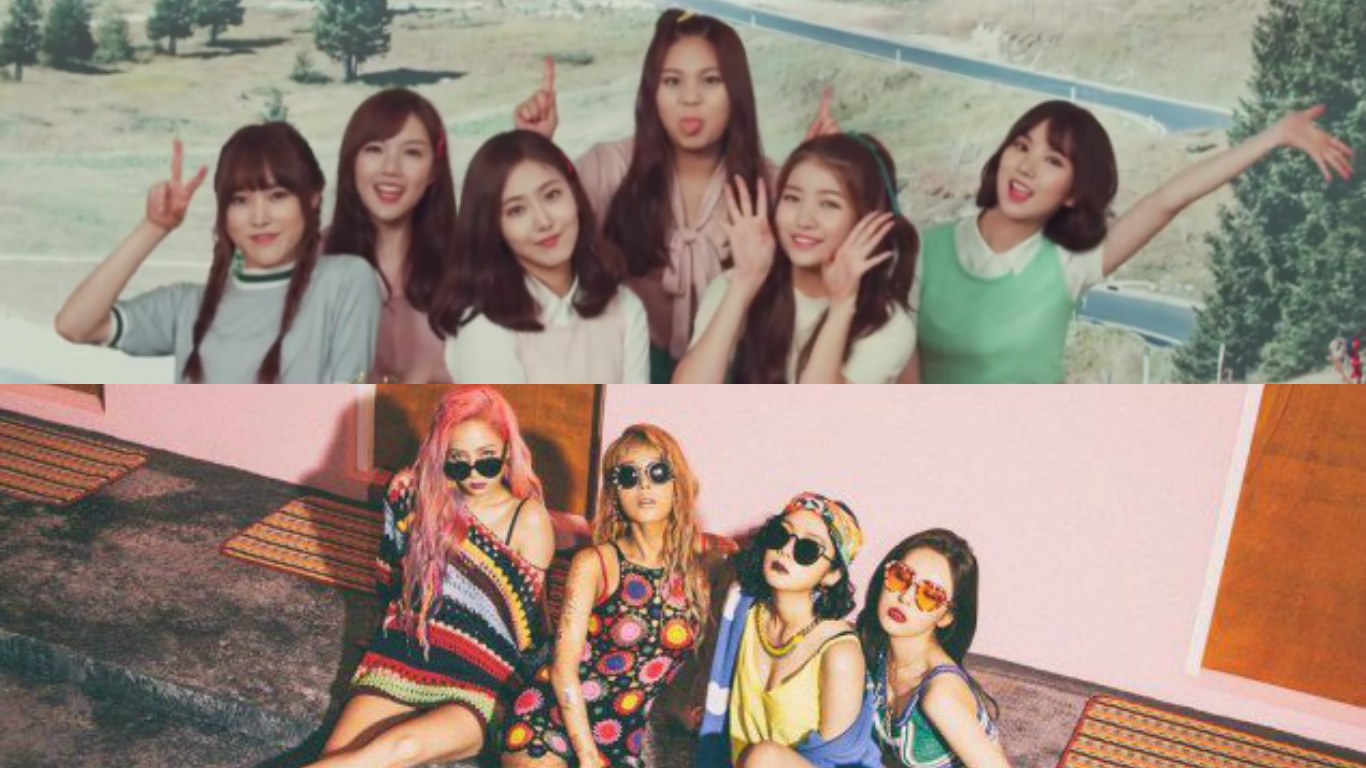 Uh-oh, this week’s music chart is a tie-breaker!

Both Wonder Girls’ “Why So Lonely” and GFRIEND’s “Navillera” finished the final week of July with 935 points. When ties happen, we turn to our trusty friend GAON to decide the results. “Navillera” took the top ranking on GAON, giving GFRIEND their number one song this year, and the prize for this week! The sophomore group is rapidly rising to become one of the top female groups this year.

“Navillera,” the title song of GFRIEND’s first full length album “LOL,” is an upbeat dance song with rock and string sounds. GFRIEND’s first three hits employed a schoolgirl concept; this time they display a more mature and vibrant side. The lyrics describe a girl who wants to be a butterfly, to fly over to the guy she likes, of course! “Navillera” swept all the music show wins last week and also topped most independent charts. It would have been an easier win for GFRIEND, but Wonder Girls’ “Why So Lonely” scored a lot higher on our Soompi Airplay. At the end, it was just enough for GFRIEND to become the first artist in 2016 with two number one songs. Congratulations to GFRIEND!

“Why So Lonely” almost repeats as champion, but drops one spot to the number two spot. BEAST’s “Ribbon” remains at third place this week.

There is only one other new song in the Top 10 this week. What could it be? Moving up nine spots to number six is Eric Nam’s latest hit, “Can’t Help Myself.” It’s already the third Top 10 hit for Eric Nam on our chart this year. Eric had a duet called “Spring Love” with Red Velvet’s Wendy, and his own song, “Good For You,” also hit number one on our chart earlier this year. “Can’t Help Myself” was inspired by the skit “3-Minute Boyfriend” on SNL Korea, in which Eric Nam stars. It’s an upbeat pop rock song made for summer, and a very fun tune to listen to! Popular rapper Loco is featured on this song.