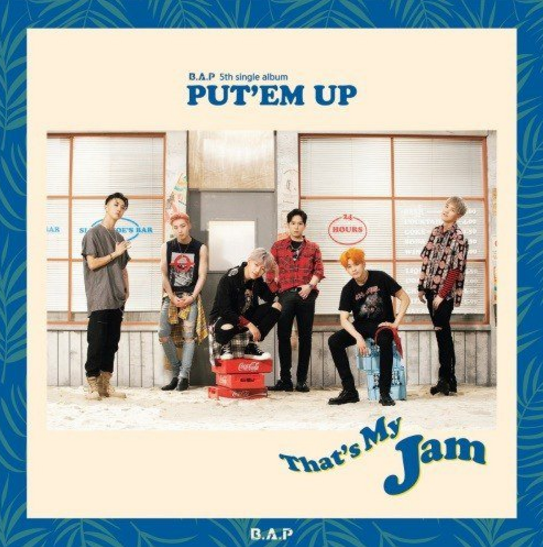 B.A.P is returning with a new summer comeback!

TS Entertainment released another teaser image through B.A.P’s official social media sites. The album title is “PUT’EM UP” and their title song is called “That’s My Jam.”

“The title song ‘That’s My Jam’ contains lyrics that make you want to enjoy a refreshing summer night as well as an EDM party sound. In order to create high quality music, member Bang Yong Guk participated in the composition,” stated the agency.

B.A.P is currently preparing to perform for their solo concert “B.A.P LIVE ON EARTH 2016 WORLD TOUR FINALE TRUE AWAKE!!” on August 6 and 7. They will reveal their title song, “That’s My Jam,” for the first time at the event.