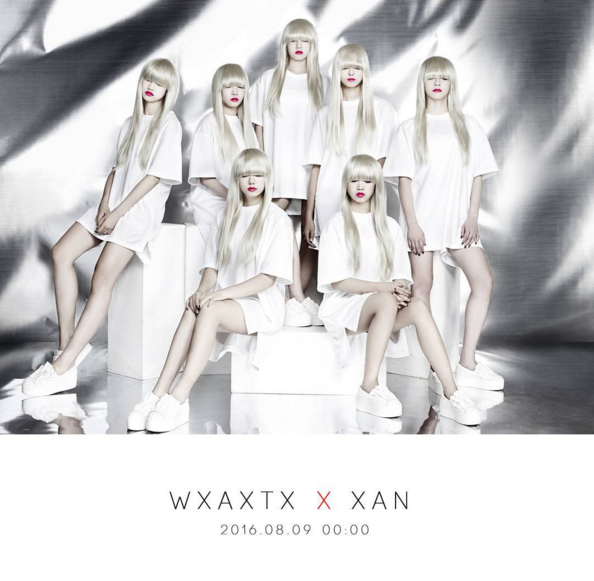 I.O.I has released a teaser image for their comeback!

The group posted the image on their official Instagram for their upcoming comeback on August 9. Previous reports state that the group is returning with a sexy-chic concept unlike their usual cute image.

In the teaser photo, the seven members are transformed through an intense makeover. The members are seen wearing white dresses, red lips, and identical white blond wigs that cover their eyes. Underneath the image are the words, “WXAXTA X XAN.”

I.O.I will be releasing their new digital single through music charts after three months since their debut.