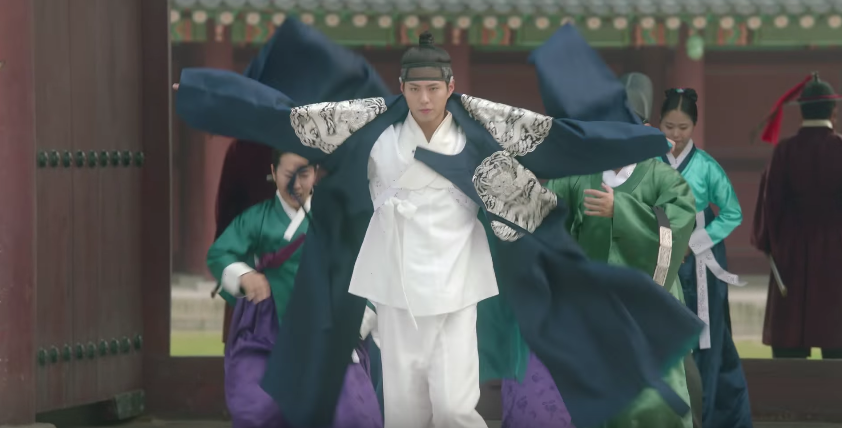 On August 2, KBS revealed their latest trailer for their upcoming Monday-Tuesday drama “Moonlight Drawn By Clouds.”

The trailer starts out with Park Bo Gum shooting an arrow with the subtitles asking about the crown prince falling in love with a eunuch. Park Bo Gum then storms off and we later see individuals lowering my pants which makes Kim Yoo Jung‘s character quite panicked as she is a female dressed up as a eunuch.

Then we see several close encounters between the two leads forecasting hilarious situations and romance.

While the drama was originally scheduled to air on August 15, it will now premiere on August 22 due to coverage of the Olympics.

Check out the fun trailer below!