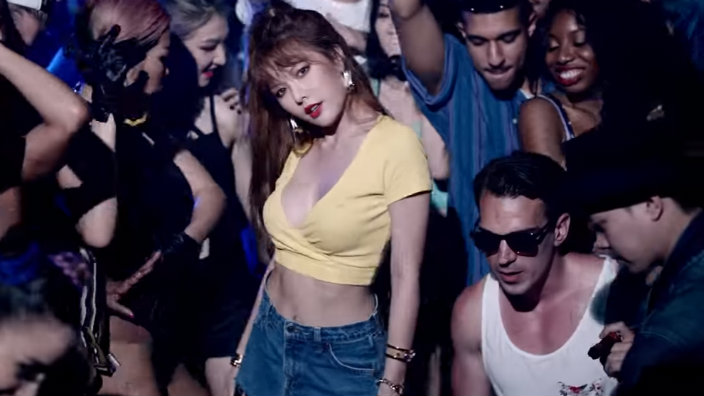 HyunA Is Killing The Chinese Music Charts With “How’s This”

HyunA, who has been dominating Korean music charts with her latest song “How’s This” from her fifth mini album “A’wesome,” is taking over leading Chinese charts too.

In addition to music charts, she ranked no. 1 on QQ Music’s and Yinyuetai’s music video charts. What makes this a huge win is that, in the case of QQ Music, it was not the K-pop chart, but an overall ranking, with HyunA edging out all local artists for no. 1.

HyunA’s wide-reaching international popularity is quite apparent in the music video views for “How’s This” on YouTube, which, in just 24 hours, surpassed two million. As of evening August 2 (KST), the view count is fast approaching 3.2 million.

HyunA will be performing “How’s This” on KBS’s “Music Bank” on August 5.