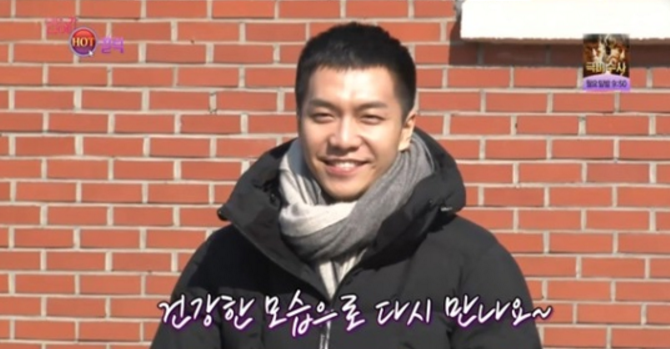 Fans were delighted to hear news about Lee Seung Gi, who is currently serving his mandatory military service.

On August 2, Na Young Suk, who was the producing director of many popular variety shows including “2 Days & 1 Night,” revealed to reporters that he had recently made a visit to Lee Seung Gi’s military base to see how he was doing.

He shares, “I had been thinking that it would be nice to go visit him for a while, but coincidentally around that time, I received a call from the base to pay a visit to encourage the officers and men of the armed forces. Through that opportunity, I was able to see him as well.”

He revealed how the singer-actor is doing, saying, “Lee Seung Gi is doing really well. His body has gotten better and he looks healthy. He matches well with the military uniform. As soon as he saw me, he regaled me with tales of heroism and since it was me, I listened to it all,” laughing as he shared about their conversations.

Lee Seung Gi entered the army on February 1, 2016 and is expected to be discharged on October 30, 2017. He is currently assigned to the Special Warfare Command and will be serving as a special forces soldier there.

Lee Seung Gi
Na Young Suk
How does this article make you feel?