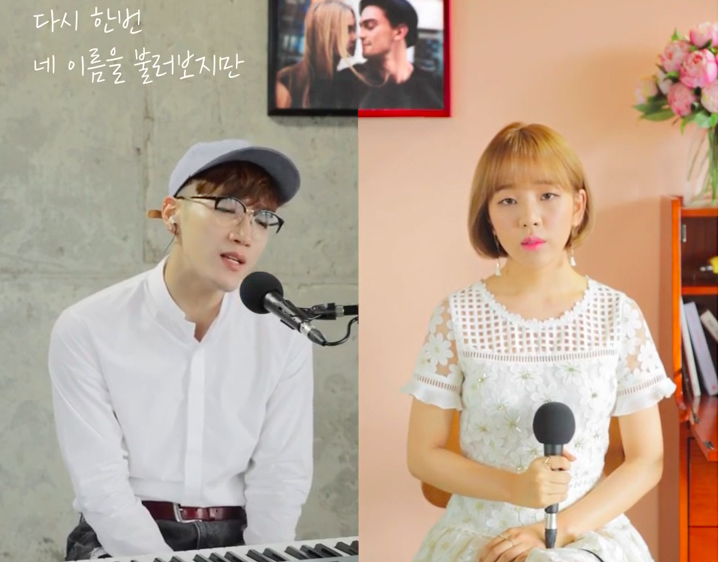 2PM member Jun.K and Baek A Yeon may not have filmed a music video for their recently released duet, but they’ve made the next best thing!

On August 2, the YouTube channel Dingo Music shared a “half and half live” performance of Jun.K and Baek A Yeon singing their duet “Don’t Go.”

Rather than having them sing in the same room, the video compiles footage of the pair singing in different locations, with Jun.K playing the keyboard. Jun.K and Baek A Yeon occasionally act as though they’re looking towards each other, and it seems like the perfect set-up for the sad duet in which the pair sing as a couple who are breaking up.

“Don’t Go” was released on August 2 on music sites as a pre-release track for Jun.K’s upcoming full solo album. Jun.K composed and wrote the song, and first recorded it with Lim Jung Hee (J-Lim) for the soundtrack of the 2011 drama “Dream High.”

2PM
Baek A Yeon
Jun. K
How does this article make you feel?