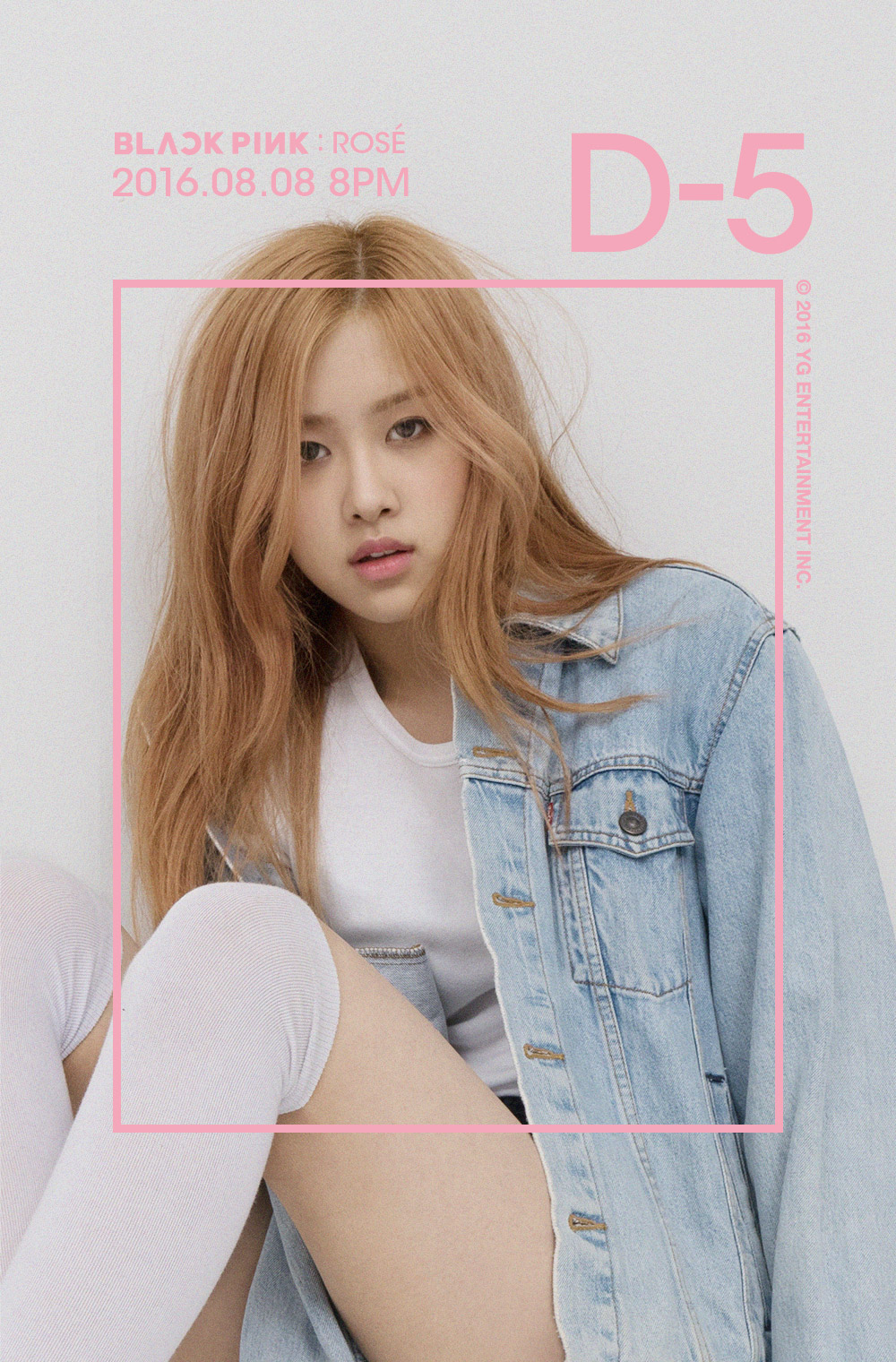 The image is titled “BLACKPINK IN YOUR AREA D-5 ‘ROSÉ'” on their official website. It looks like fans might be able to look forward to different looks from each member as Rosé has a different hair color from the previous teaser images released during the member reveal.

BLACKPINK is scheduled to release their debut track on August 8 at 8 p.m. KST. Furthermore, they will hold their debut music show stage on SBS’s “Inkigayo” on August 14.