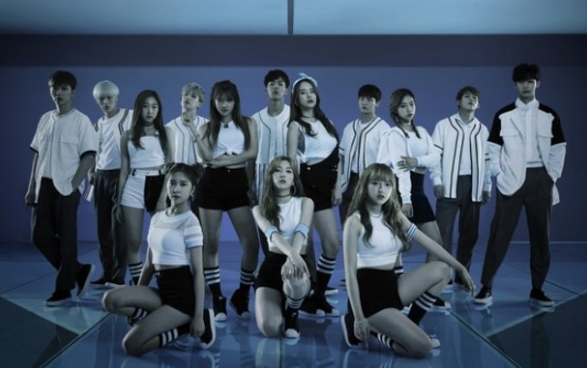 Starship Entertainment (which houses both groups) released a teaser image for the group in early July, but did not specify whether it would be a unit group or a whole new group. According to the agency, Y TEEN consists of all seven MONSTA X members as well as seven Cosmic Girls members (Exy, Cheng Xiao, Eunseo, SeolA, Soobin, Yeoreum, and Dayoung), resulting in 14 members total. They revealed that the members will be promoting as CF models and will release a new music video as well as engage in a variety of other activities in the beginning of August.

An advertising source states, “In order to appeal to young girls, they chose the name Y TEEN. It’s also why the group is an idol unit group.”

MONSTA X
WJSN
Y TEEN
How does this article make you feel?