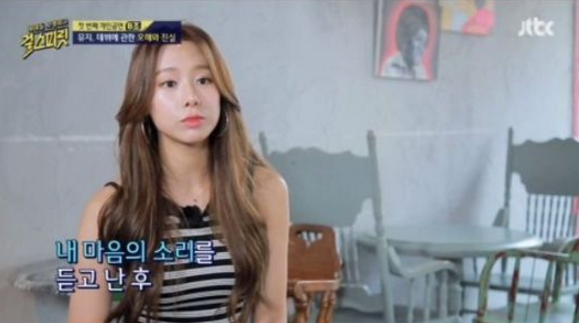 On a recent episode of JTBC’s “Girl Spirit,” UJi of BESTie talks about the negative comments that came after she left EXID.

UJi explains what happened during EXID’s rookie days when the group was lesser known saying “After promoting with the group for one month, I left the company. I was thinking about not becoming a singer. I thought that it was impossible for me. Which is why I left.”

“I have so many lingering feelings about the past. I realized it then. That my desire to be a singer was sincere. That’s why I returned to that path to debut as a singer,” she continues.

UJi reveals that after EXID became popular, people left her negative comments. “Back then I was known as a backstabber. It was so difficult. I read all the negative comments,” UJi explains.

She continues to describe the situation by saying, “Rather than feeling like I lost something, it was leaving the group that was so hard. I was really close with Hani, we were like family. I was so sorry to LE, Hani, and Junghwa. Now that they’re doing well, my heart feels at peace. I hope everyone sees both EXID and BESTie as hard working idols.”

EXID
BESTie
UJi
Girl Spirit
How does this article make you feel?