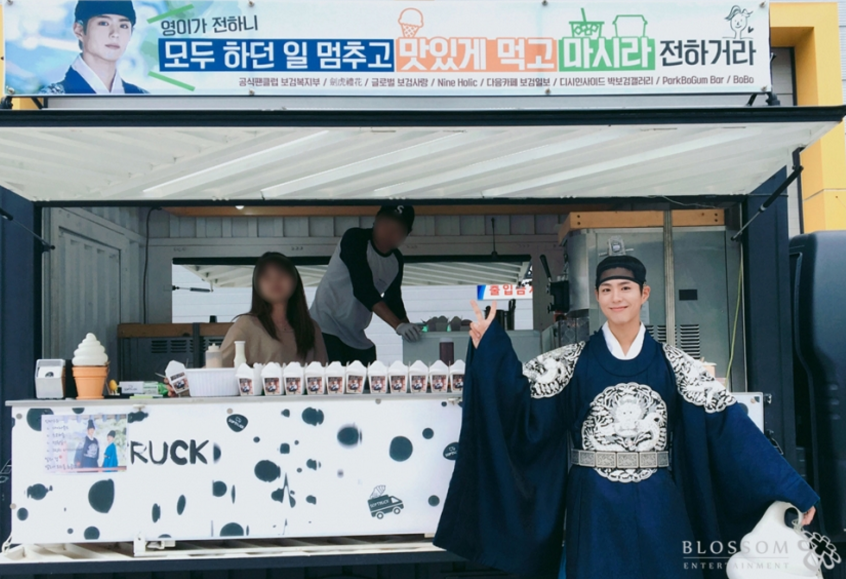 On August 2, Park Bo Gum’s fan club gifted the actor and the production team of “Moonlight Drawn By Clouds” with a food truck and a snack truck.

The food truck contained enough food for 200 people with a variety of foods, and the snack truck had coffee and ice cream. There were eight teams from Park Bo Gum’s official fan club that officiated the event. 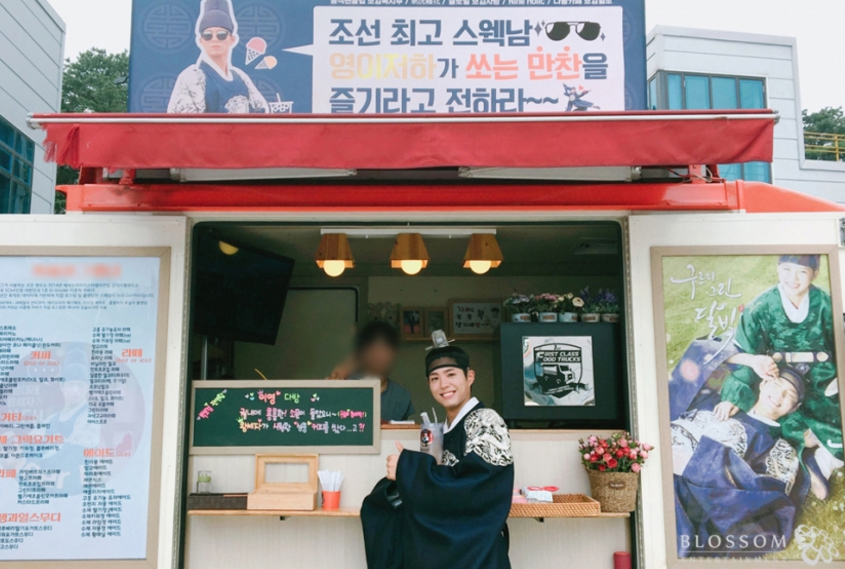 A source at the production site thanked the fans’ sincere effort saying, “Because of them, I could briefly forget about the heat. I was really touched when I saw how considerate Park Bo Gum’s fans were.” Known for being especially loved by his fans, Park Bo Gum was extremely touched by the surprise food trucks and constantly thanked the fans during the event.

Currently Park Bo Gum is filming for “Moonlight Drawn By Clouds,” which will air on August 22.

Thanks to Jack for the tip!