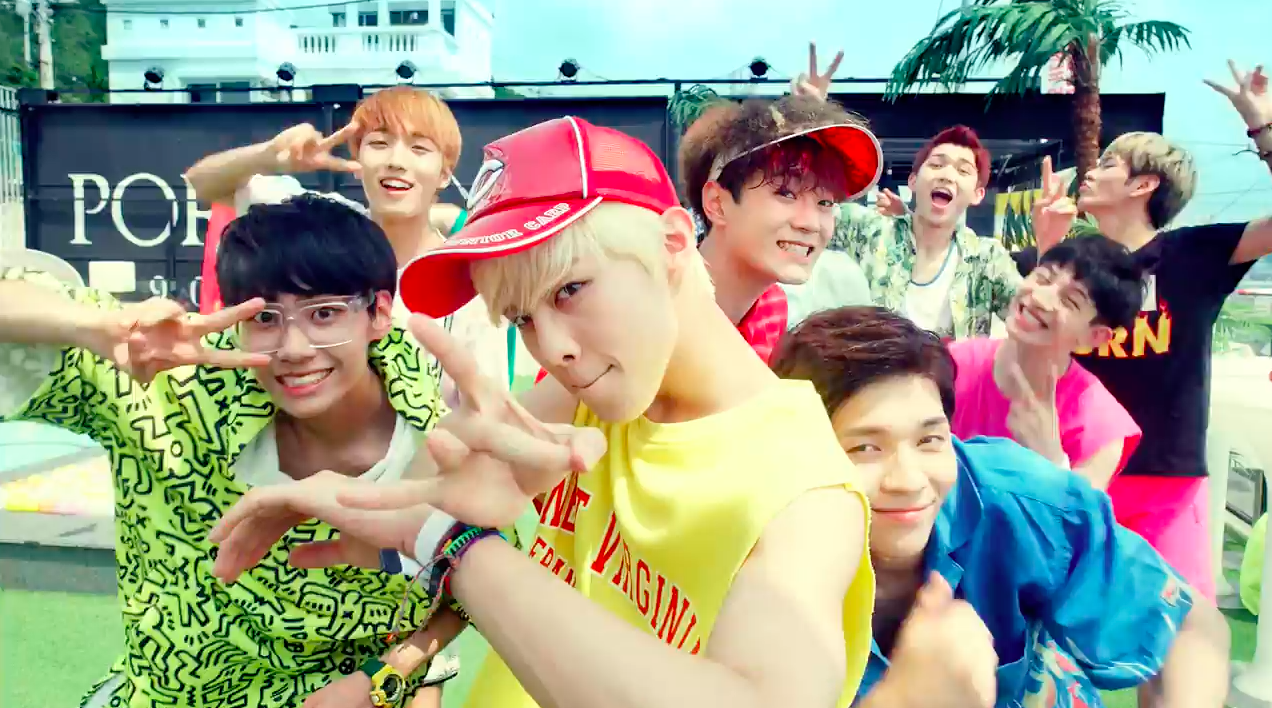 Watch: UP10TION Has A Fun Pool Party In 2nd Teaser For “Tonight” MV

The guys will soon be making a comeback with “Tonight” off their new mini album “Summer Go!”. In addition to their first teaser video, they previously released two batches of individual teasers for this comeback. One features a summertime, pool party concept, and the other shows the members hanging out in their pajamas.

Their new music video teaser for “Tonight” features a mix of both concepts, with Xiao in the same pajamas and carrying a teddy bear, running away from some of the members on train tracks. In the rest of the music video, the guys hang out by the pool and have a refreshing, fun swim. Check it out below!

UP10TION’s mini album “Summer Go!” and the music video for their title track will be released on August 5 at midnight KST.