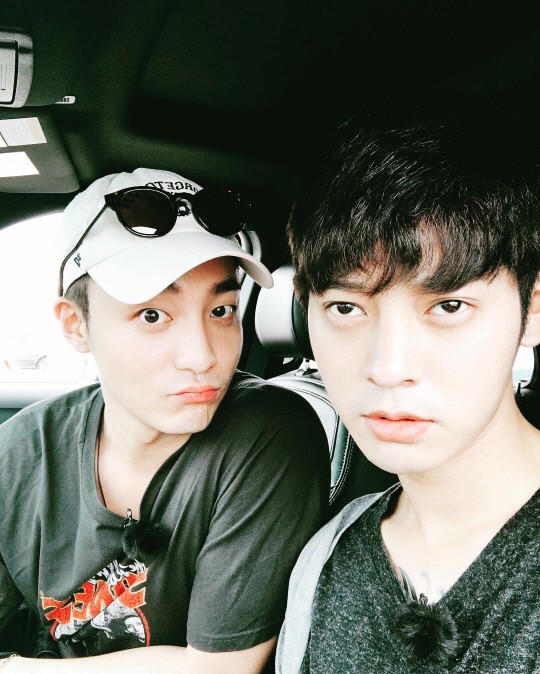 According to reports, Jung Joon Young and Roy Kim have filmed a bromance trip for the hit web show “Celebrity Bromance”!

The pair is said to have begun filming the show on the afternoon of August 3 in Seoul, and then headed on a train to the seaside town of Mokpo.

On August 3, Jung Joon Young shared a photo of himself with Roy Kim in a car, with both of them wearing microphones. He writes as the caption, “What’s up with my eyes?”.

Jung Joon Young is currently a cast member on the variety show “2 Days & 1 Night,” and is the lead vocalist of the band Drug Restaurant (formerly Jung Joon Young Band). Roy Kim has been active as a successful solo artist, and recently took the title of champion on “King of Masked Singer.”

Meanwhile, after wrapping up the most recent season featuring Shinhwa’s Minwoo and BTS’s Jungkook last week, “Celebrity Bromance” appears to be taking a hiatus this week as it did not air an episode on Tuesday as usual.