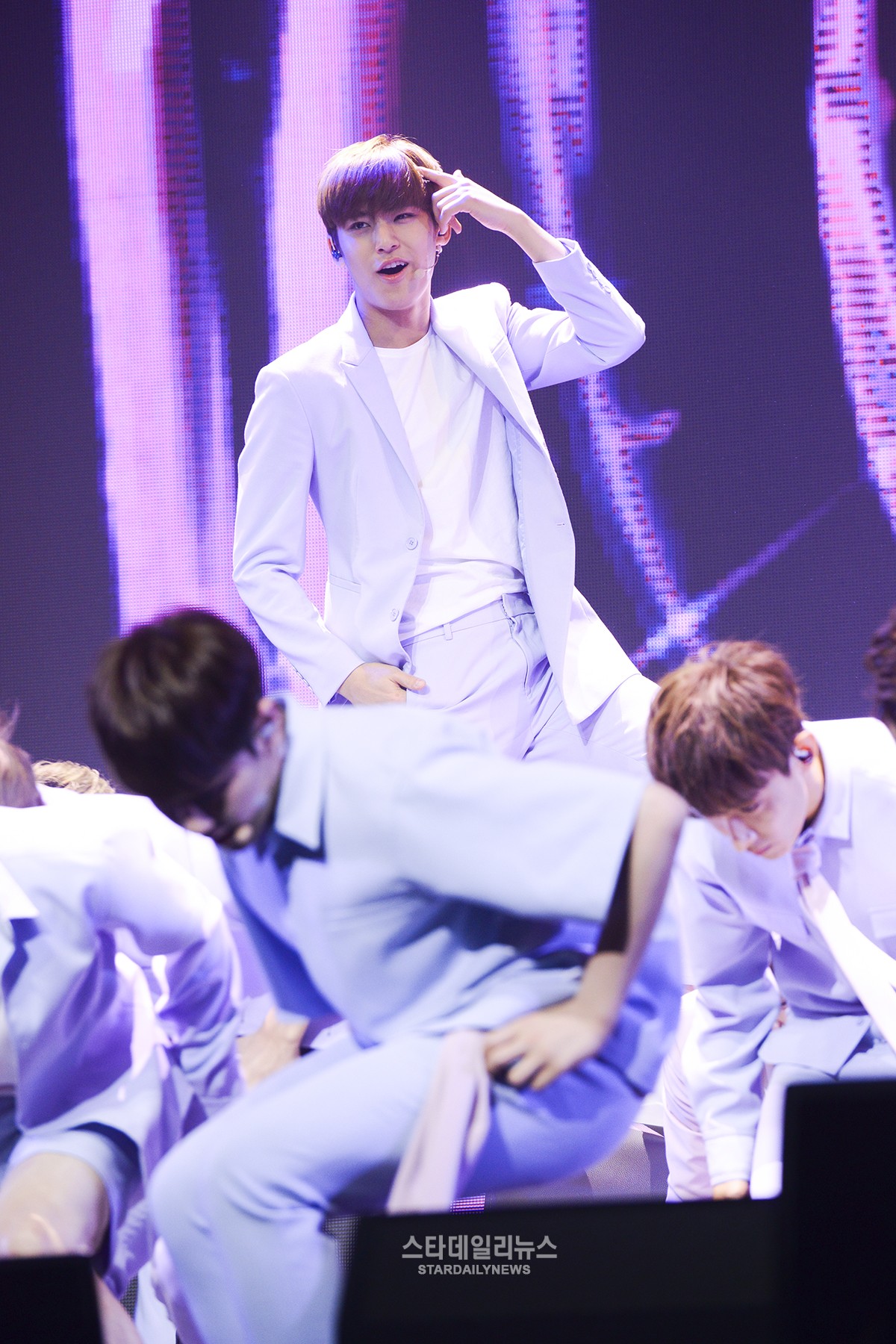 SEVENTEEN’s Mingyu Apologizes To Fans About Injury, Clarifies Plans For Concert In Japan

On August 3, a source from SEVENTEEN’s management agency Pledis Entertainment revealed its plans for Mingyu in light of his recent back injury.

“Mingyu has suffered a back injury, but he will attend the planned schedules”, the source says. “The injury isn’t severe, but the muscle has been shocked, so for the time being he needs to get rest.”

“[The injury] is currently improving, but we for now, we will have to wait and see,” the source continues. “We will do everything we can do make sure he can return healthy.”

Mingyu has also taken to SEVENTEEN’s official Twitter to personally address fans regarding his injury. “Hello, it’s Mingyu,” he writes. “I was debating about whether to write something or not, but [I am] because you were so concerned. I am both sorry and upset because it feels like I am causing harm to the fans and the members who have been waiting.”

He clarifies the extent of his participation in SEVENTEEN’s upcoming concert in Japan. “I just slightly threw my back out, so I think it’s fine, but the agency has told me to consider the long term. The members have also said it’s okay and have been accommodating, so I will be part of the concert but will probably skip out on a few performances with demanding choreography,” Mingyu says.

“I’m sure it’s a performance that you were really looking forward to, so I am so sorry and regret not being more careful. I will recover quickly so that I can show you a proper performance, and I’m sorry for making you worry,” Mingyu concludes.

Support the artist by buying SEVENTEEN- Love & Letter (Repackage) from YesAsia
SEVENTEEN
Mingyu
Star Daily News
How does this article make you feel?