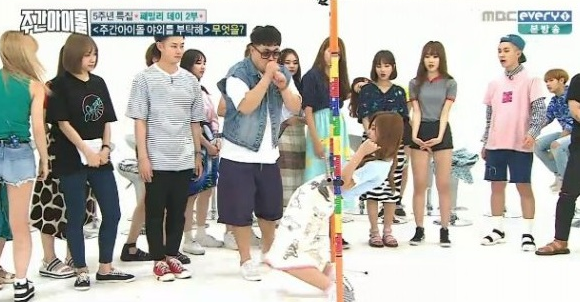 Watch: GOT7, BTOB, TWICE, GFRIEND Have A Hilarious Test Of Flexibility On “Weekly Idol”

Some of today’s hottest idols go head to head in an intense game of limbo on the latest episode of MBC every1’s “Weekly Idol.”

On the August 3 episode of “Weekly Idol,” the show continues its celebration of its fifth anniversary, which invited GOT7, BTOB, TWICE, and GFRIEND, as a part of its “Family Day” special.

During this show, they decide to have a limbo competition to see who is the most flexible. GOT7’s Junior is up first and he almost makes it through, except the bar gets caught on his nose and he collapses forward. Fellow GOT7 member Yugyeom shows off his twinkle toes as he is able to hop his way forward to success. The next contestants, including BTOB’s Eunkwang and Yook Sungjae, GFRIEND’s Yuju and Eunha, and TWICE’s Jeongyeon are not as lucky. 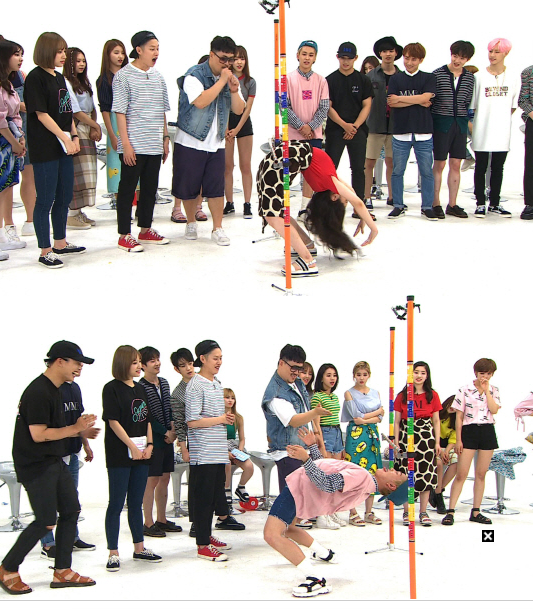 There are a few, however, who are able to show off their incredible flexibility as the limbo bar falls lower and lower.

Check out who made it in the clip below!

GOT7
GFRIEND
TWICE
BTOB
Weekly Idol
How does this article make you feel?