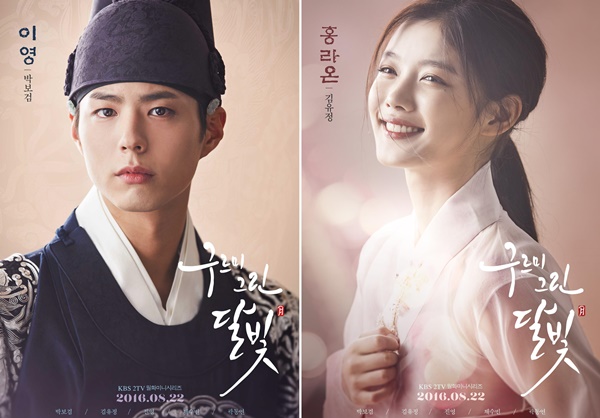 Park Bo Gum portrays the tsundere (cold on the outside warm on the inside) crown prince Lee Young while Kim Yoo Jung’s character Hong Ra On is a female dressed up as a eunuch. However, in these character posters Kim Yoo Jung dons female clothing and shows her feminine beauty. 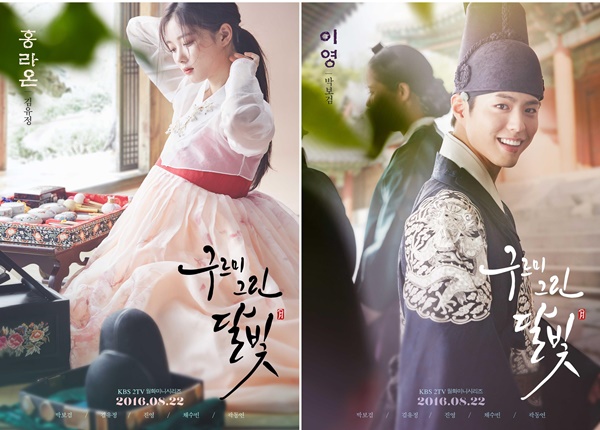 Furthermore, more details about their characters have been revealed. Park Bo Gum’s crown prince character is a playful but quite picky. Kim Yoo Jung’s character meets Lee Young in the court once again after being admitted as a eunuch. Their unlikely romance starts through their crown prince-eunuch relationship.

PDs Kim Sung Yoon of “Discovery of Love” and Baek Sang Hoon of “Descendants of the Sun” are leading the drama. The first episode of “Moonlight Drawn By Clouds” will air on August 22.