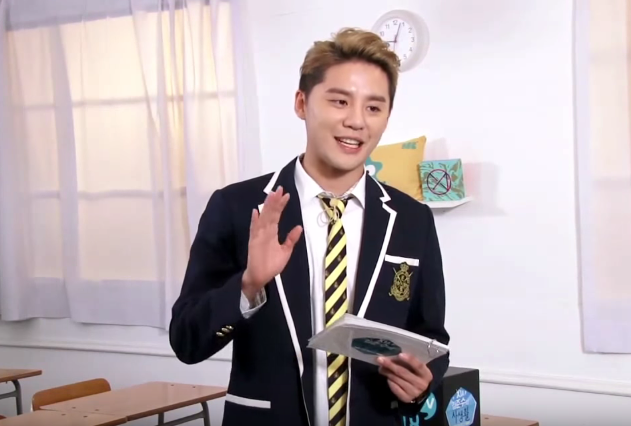 Watch: XIA Junsu Reveals How Popular He Was In High School

XIA Junsu (Kim Junsu) recently shared what his life was like in high school.

Through the mobile app “HaeyoTV,” Junsu got to share his story on the last episode of “Kim Junsu’s Personal Life.” In the previous episode, Junsu did not answer all the right questions for a game, and so he had to wear a high school uniform on the opening of the broadcast as punishment.

During the episode, a fan asked him to act like a student receiving a confession. “I received a lot of confessions when I was in school, but I can’t act. Please don’t ask me out of the blue,” he replied laughing.

He went on to describe his high school days. “When I was a student, I never dated. Back then, I looked a lot more like a pretty boy. I was pretty popular in high school,” he continued. “But there were a lot of friends that were better looking than me. It was more because I was a trainee at a big agency, so they treated me like a celebrity. I would sing and dance in my hometown, and I would even perform at other schools. It was not simply because of my looks. I cannot acknowledge that it was because I was good looking. I think I’m just okay to look at.”