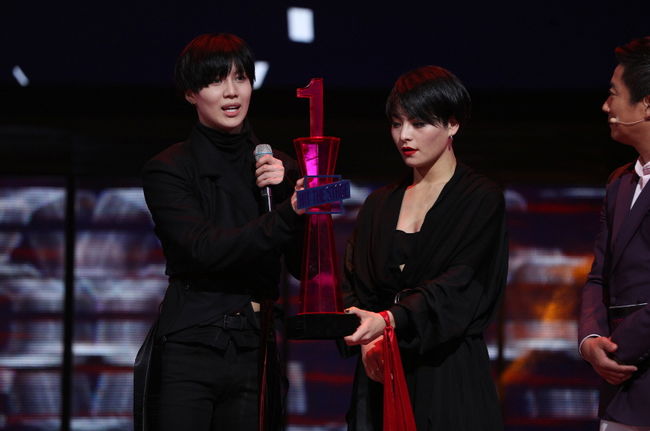 Following the second episode of “Hit the Stage,” accusations of unfairness have been directed against the show.

The second episode featured the remaining performances for the first round of the dance competition show. Taemin and Koharu Sugawara won with their adaptation of Taemin’s Japanese song “Sayonara Hitori.” The accusations of unfairness mainly argue it was unfair for the other contestants who created completely new dances/stages.

“Hit the Stage” has responded to these criticisms saying, “There is no problem. The producers only present the theme. We respect the artists’ choices regarding their song selection and stage performance. Taemin just expressed the devil’s internal image and selected the song that would express this the best.”

The show explains that there are no restrictions and the dancer who performs the best stage fitting the given theme wins. The source clarified, “Taemin and all of the other contestants have not violated any of the rules presented by ‘Hit the Stage.'”