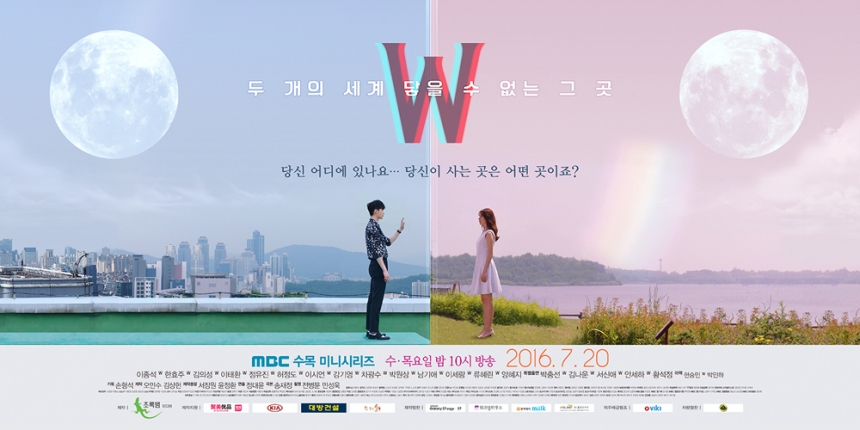 MBC’s “W” is continuously growing in ratings, maintaining it’s number one position in the Wednesday-Thursday line-up.

According to Nielsen Korea, the MBC drama recently recorded 13.5 percent ratings, which is a .6 percent increase from its 12.9 percent ratings for its fourth episode. The drama was able to turn the tables on “Uncontrollably Fond” after airing three episodes, and has since continued to rise. In the recent episode, Lee Jong Suk‘s character is able to break out of the webtoon world and meet his writer face-to-face.