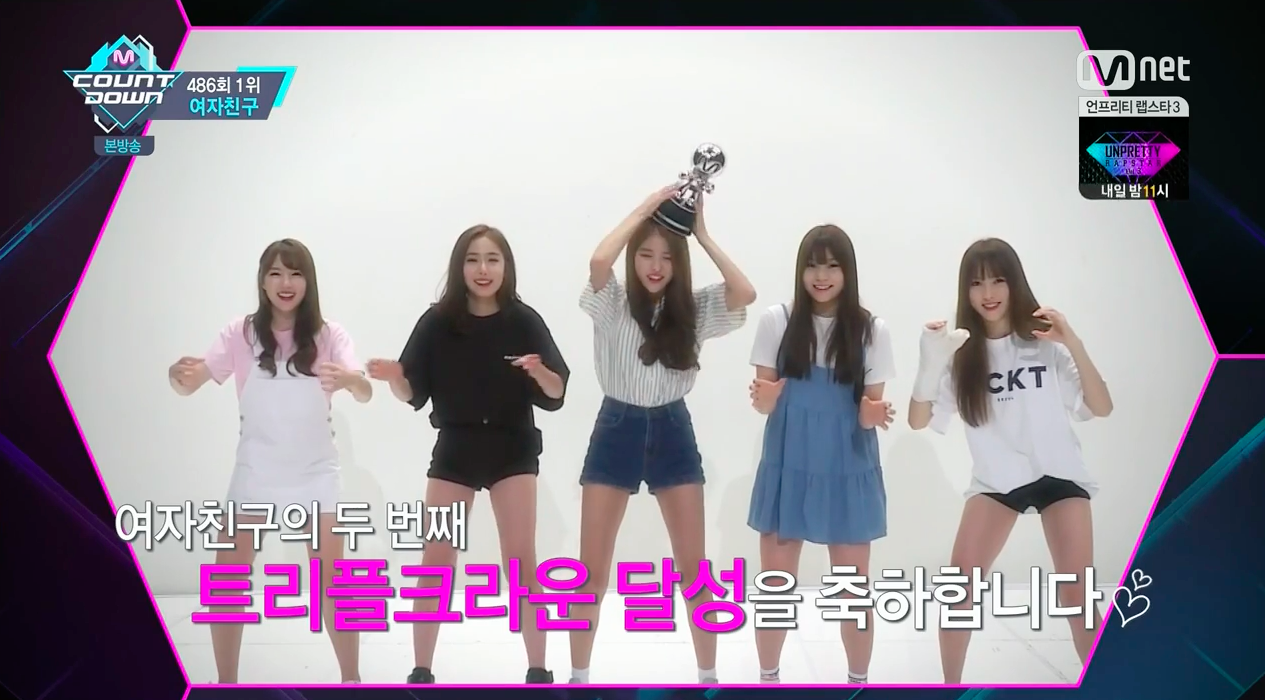 However, the show still announced a winner for this week! The trophy was given to GFRIEND, who recorded a video to thank their fans. In the video, the members (minus Eunha) celebrate the fact that they’ve now won a “triple crown” on the show, as they’ve won three weeks in a row.

GFRIEND
M!Countdown
How does this article make you feel?