Girls’ Generation is celebrating their ninth debut anniversary with SONEs!

Girls’ Generation debuted back in 2007 on August 5 with their track “Into the New World.” They’ve since gone on to become one of the most popular groups in K-Pop history, gaining fans all over the world.

On August 5, the group shared a music video through SM STATION for their new anniversary fan song entitled “Sailing (0805),” which features lyrics written by member Sooyoung.

The video is animated and features a message in a bottle floating through the sea through scenes featuring symbols from some of their biggest hits. For example, fans will recognize their famous lollipops from “Kissing You,” hats from “Genie,” the lion from their latest hit “Lion Heart,” and much more.

Girls’ Generation also shared a video message to their fans, in which each of the members talk about how they feel about reaching their ninth anniversary.

They say that they can’t believe it’s already been nine years, and Taeyeon shares a story of how a fan recently told her that they had become a fan of Girls’ Generation in elementary school and have now legally come of age. “Oh my god!” says Sunny. Taeyeon explains that this made her realize how much time has passed. 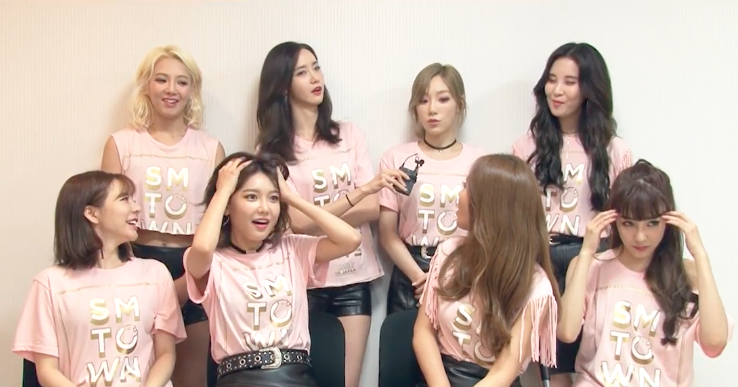 Watch their full message below.

Sooyoung also shared a photo of the members’ hands to Instagram (minus Yuri’s!), tagging each of them with their usernames and of course also including Yuri.

Congratulations on such an amazing nine years so far, Girls’ Generation!