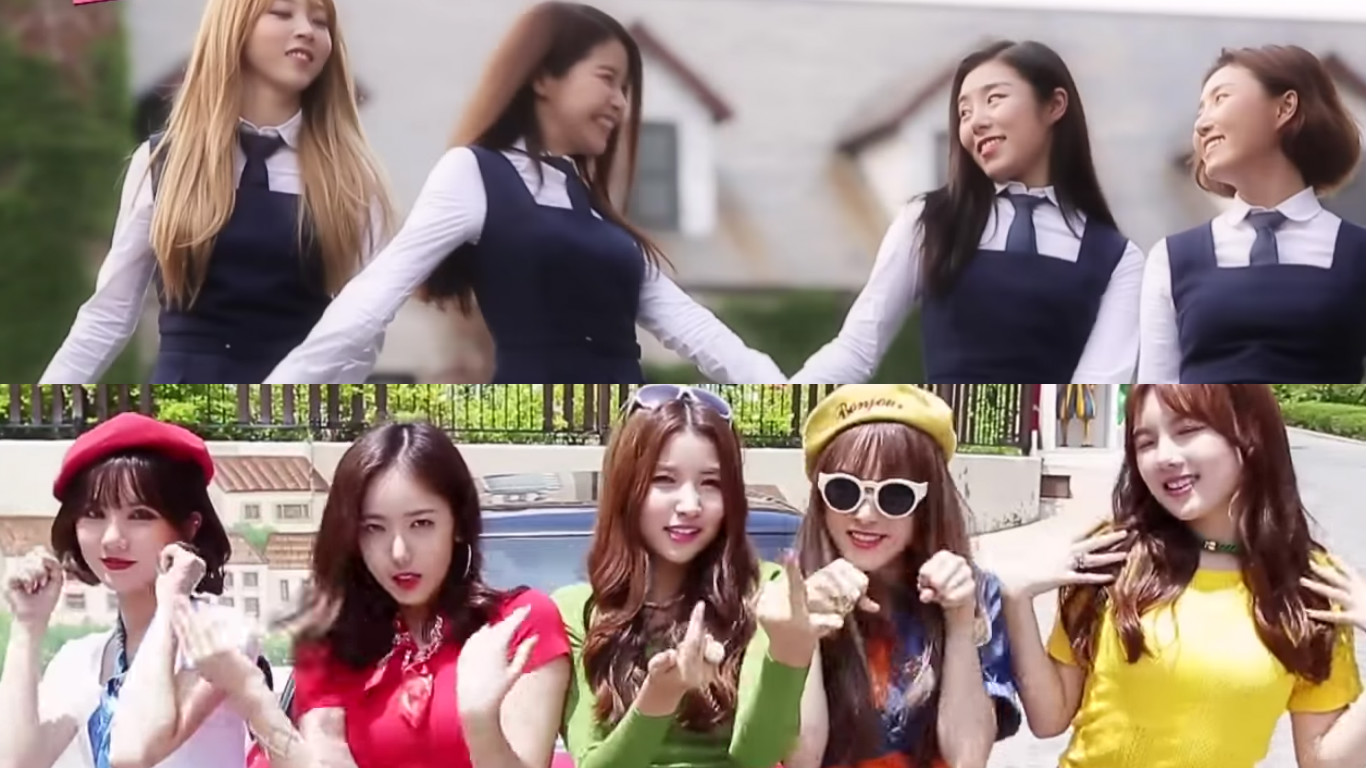 Watch: MAMAMOO And GFRIEND Do Hilarious Covers Of Each Other’s Music Videos

MAMAMOO and GFRIEND show new perspectives to the expression, “Imitation is the highest form of flattery!”

On the August 4 episode of MBC every1’s “Showtime,” the two groups swap music videos and record covers of their hit singles “You’re the Best” and “Rough.”

More than anything, the biggest change for GFRIEND is the glamorous makeup and outfits that they had to wear to transform as MAMAMOO. In particular, Sowon acts as MAMAMOO’s Solar and Yuju as Moonbyul and they even borrow the exact outfits used in the music video. Moreover, GFRIEND also shows their difficulties with the high heels they have to wear, since they do not normally wear them when they perform.

MAMAMOO, on the other hand, show off their funny turn as GFRIEND as they transform into the innocent and young image that the girl group portrays. They also do their best with the sharp choreography that GFRIEND is known for- with hilarious results.

Check out the music video covers below and prepare to LOL!