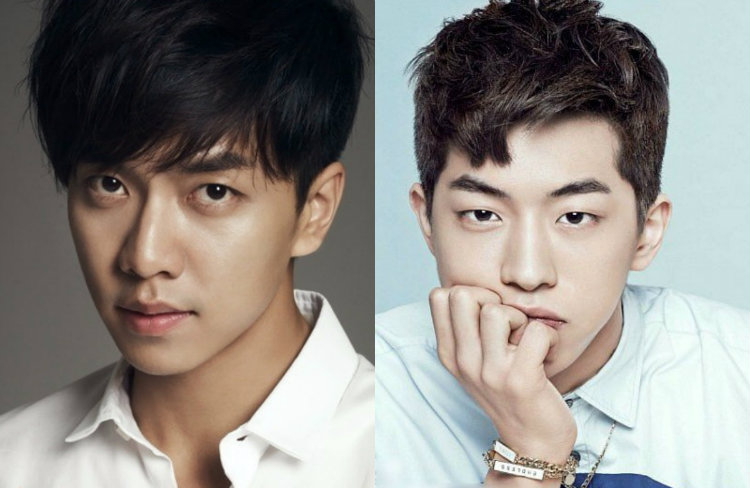 Popular producing director (PD) Na Young Suk compares two stars with whom he has worked with that have become household names.

Nam Joo Hyuk has been gaining interest for his similarities with Lee Seung Gi. He is currently starring on tvN’s “Three Meals a Day.” Although his sense of awareness might not be quick, he works as hard as anyone else and is receiving attention for his faithful dedication on the show.

During the press conference for “Three Meals a Day,” Na Young Suk said, “Nam Joo Hyuk is 23 years old. When I first met Lee Seung Gi, he was 23 years old. I want to emphasize his young charms.”

During a recent interview with reporters, Na Young Suk continues his praise of the two actors, saying, “Lee Seung Gi is known by everyone to be the perfect son. He works really hard. Nam Joo Hyuk is curious and has bright eyes. On ‘Three Meals a Day,’ everything will be new to him. He’s never lived in the country side but suddenly ducks come running out and he has to do the dishes. When Cha Seung Won calls him, he could just walk over but he runs. He foolishly wastes his energy,” laughing as he describes how hardworking Nam Joo Hyuk is.

He spares no compliments for the actor, saying, “Although I’m sure he could have ambitions to look good, he doesn’t try to show off. He knows his role and it’s been great seeing him work so hard,” showing his sweet affections for the dedicated actor.