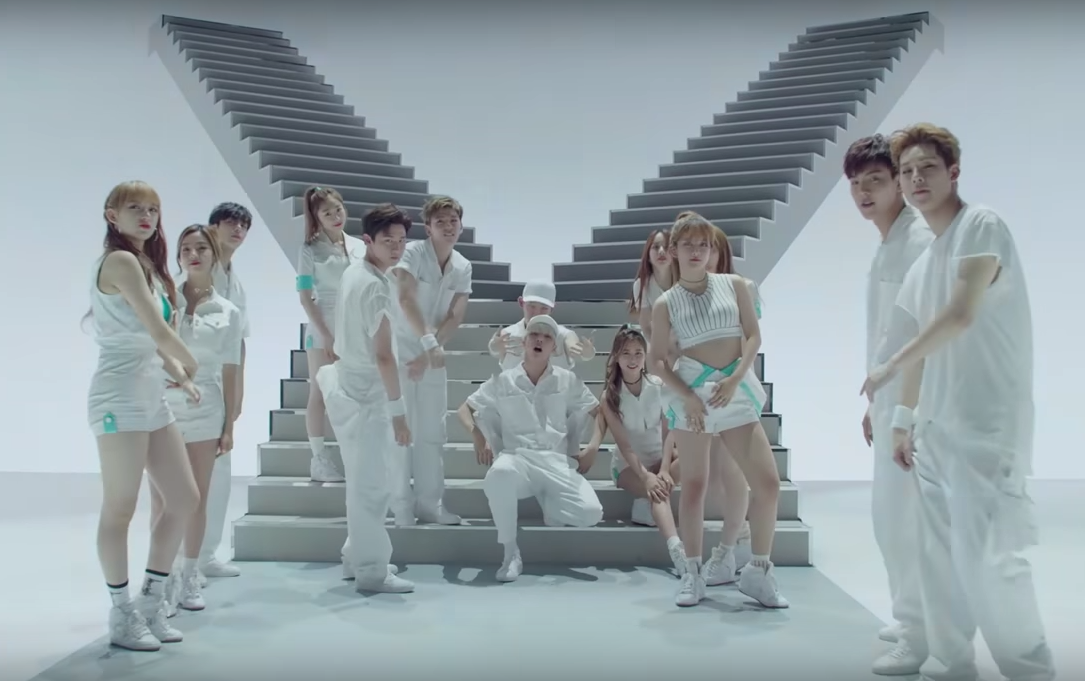 Consisting of all seven members of MONSTA X, and seven members from Cosmic Girls (Exy, Cheng Xiao, Eunseo, SeolA, Soobin, Yeoreum, and Dayoung), the co-ed group are dressed in mostly monochromatic clothing as they dance to an upbeat yet strong electronic dance track.

The track itself appears to be titled “Do Better,” and consists of a catchy chorus as well as powerful rap verses.

As previously explained, the group was formed to promote as CF models, and will reportedly engage in various other activities and promotions in addition to this release.

Watch the energizing music video below!

MONSTA X
WJSN
How does this article make you feel?