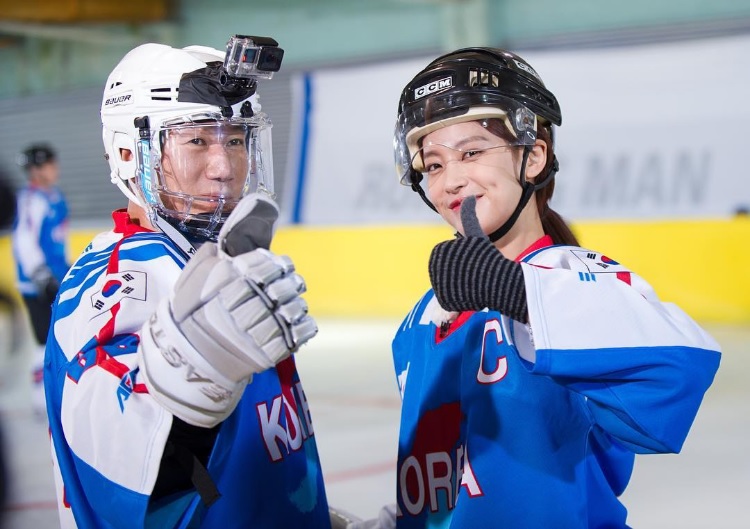 On its upcoming August 7 broadcast, the SBS show holds the final match of their “Representative Player Contest Race.”

The first part of the race aired in the previous episode showed Oh Yeon Seo exhibiting her extraordinary variety show skills as she teamed up with ace Song Ji Hyo and the unlucky trio of Yoo Jae Suk, Lee Kwang Soo, and Ji Suk Jin.

She not only focused on the team mission, but also displayed her cheerful and easygoing nature while enjoying herself with her hilarious teammates.

The actress flawlessly completed challenging tasks on amusement park rides and karaoke, and revealed a refreshing new side of herself through her chemistry with the members.

Before the second half of the “Representative Player Contest Race” broadcasts, the show shared photos of Oh Yeon Seo and her teammate Ji Suk Jin at the ice rink. The actress flashes her trademark dimples and a bright smile, raising the anticipation for which team triumphs in the end.

Catch them on the upcoming August 7 broadcast of the show.

Meanwhile, watch part one of the “Representative Player Contest Race” below!