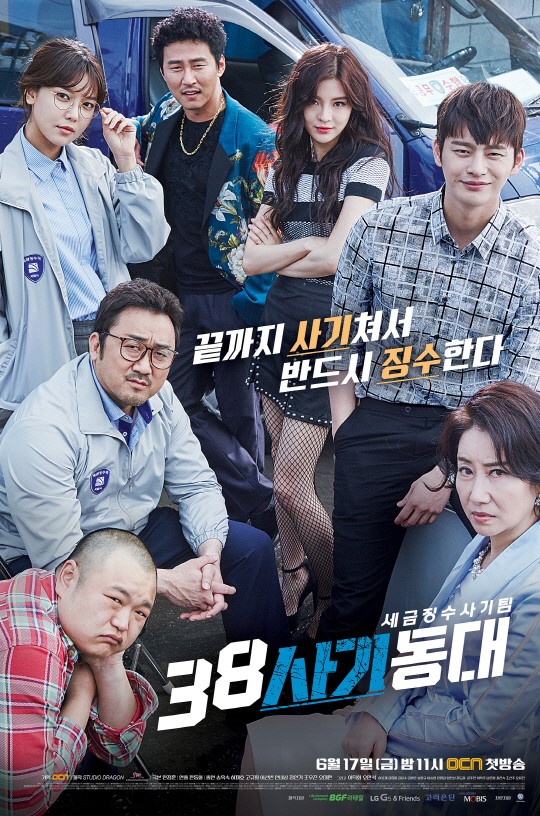 “Squad 38” wrapped up its final episode on August 6, and viewers are already demanding a second season.

The drama was a surprise hit, recording the highest viewership rating ever received by an OCN original series. Although it started off on June 17 with only 1.6 percent, it quickly rose to 4.1 percent by its last episode.

Many viewers were drawn to the drama by its excellent story and brilliant acting. “Squad 38” tells the story of a tax official named Baek Sung Il (Ma Dong Seok) who teams up with the con man Yang Jung Do (Seo In Guk) and creates a task force to stop wealthy people using illegal shortcuts to evade taxes.

The writer of the drama had previously written about similar themes involving con men. This particular story touches on the idea of “cleaning up” a great evil by committing lesser evils, a theme that translated well both domestically and abroad. The concept of con artists teaming up to stop a greater evil was well-received among audiences as well.

Meanwhile, Ma Dong Seok’s tough-guy image and skill in action scenes gave the drama its thrills, but his “secret” warmer side gave it its heart. He did an excellent job at portraying a character who has little tact or special talent, but is persistent in the face of fire, while his attempts at learning from the con artists created funny moments.

Seo In Guk also impressed with his chemistry with the veteran actor, as well as the charm and suavity he brought to the role of the sly con artist, reminiscent of the fox from Disney’s “Zootopia.” The villains also played up to their roles, making the audiences clench their fists and raising the tension.

You can catch the latest episode below!

Squad 38
How does this article make you feel?