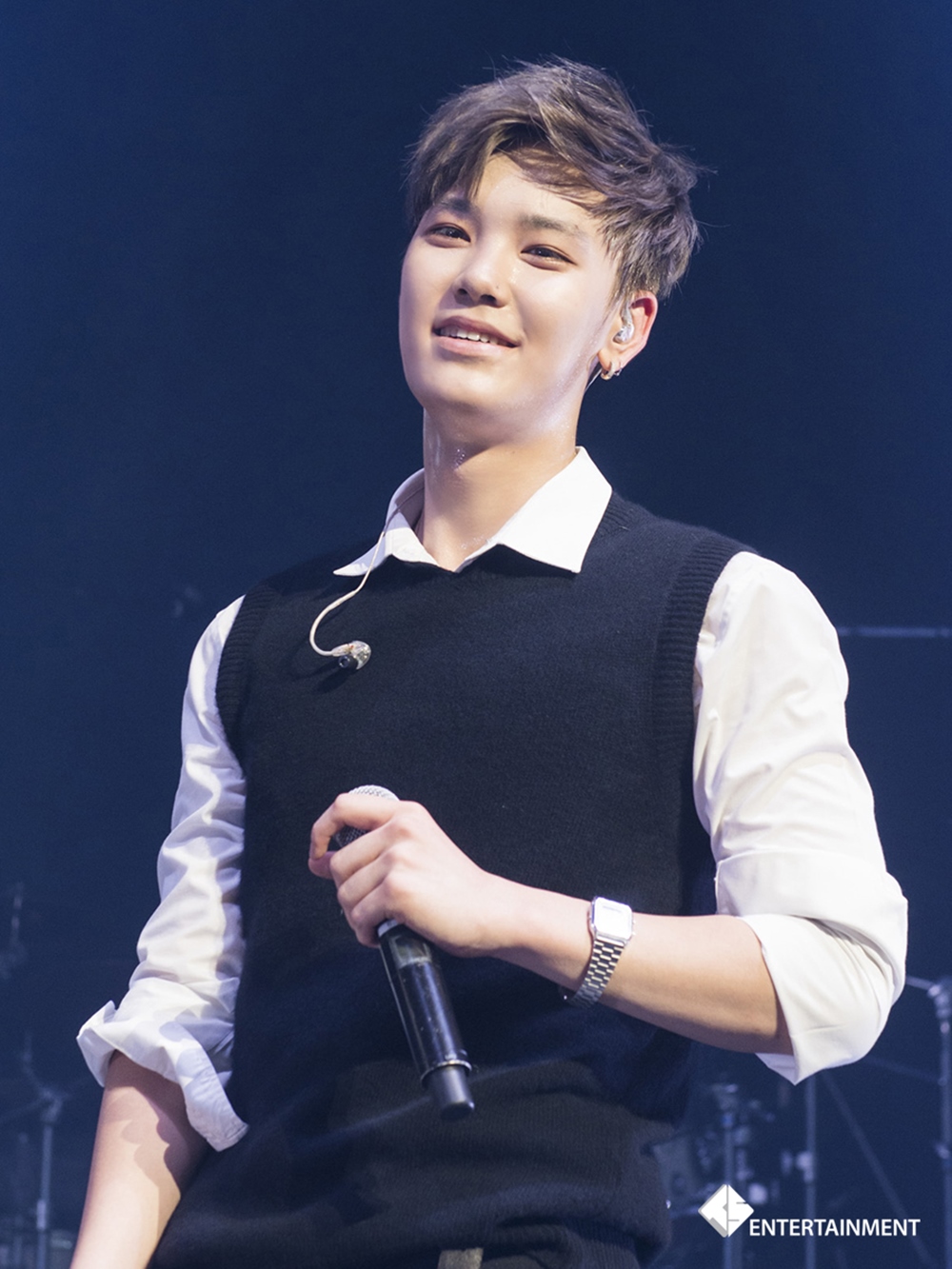 On August 7, B.A.P held a solo concert at the Olympic Park Stadium in Seoul as a finale to their most recent world tour, which began back in February.

During the concert, every member shined during each of their respective special solo stages.

When it was time for his very own solo performance, youngest member Zelo showcased a self-produced track, “Blessing.” He reportedly was steadily rapping while gazing at the audience, when he suddenly stopped and looked as if he was overwhelmed with emotions.

While he attempted to continue where he left off, the idol began to shed tears due to the onslaught of emotions. Zelo eventually regained his composure thanks to the fans’ cheers and encouragement, and started to rap once more.

A part of the lyrics to “Blessing” was also shown on the screen. Coincidentally, it read, “Don’t become disheartened, it’s okay, you can cry all you want.”

Following the rap portion, he strongly concluded his performance by showing off his slick dance moves as well.

Meanwhile, B.A.P will be releasing a new single album “Put ‘Em Up” on August 8, but will not be promoting title track “That’s My Jam” on music shows.

B.A.P
Zelo
How does this article make you feel?