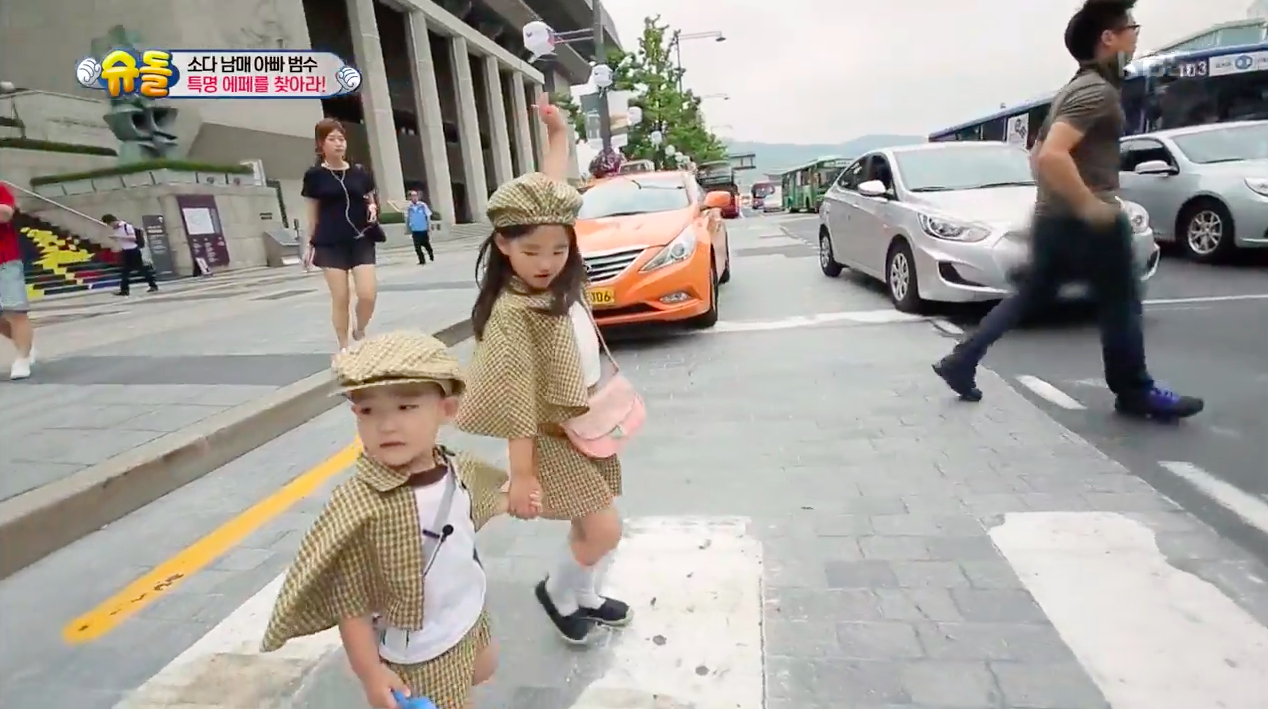 Watch: So Eul Takes Good Care Of Her Little Bro During Their Epic Quest On “The Return of Superman”

On August 7’s episode of “The Return of Superman,” Da Eul and his big sister So Eul head off on another adventure together on their own.

The pair dress up as detectives in matching outfits to try to find Epe, Da Eul’s pink stuffed toy (and his best friend). Their dad Lee Beom Soo has hidden Epe at Gwanghwamun Square in Seoul, and So Eul and Da Eul take the bus together to go find her.

As soon as Lee Beom Soo leaves them on the bus, So Eul says to a worried-looking Da Eul, “You’ll see dad again in a little bit. Shall I do the rattling for you again like last time?” 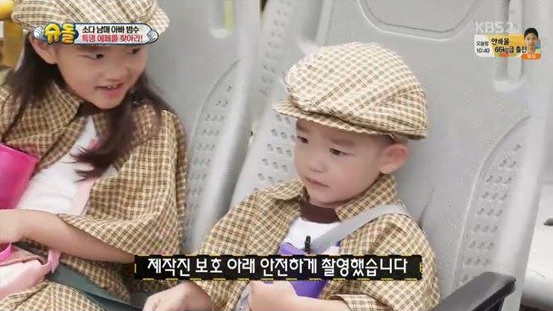 Da Eul breaks out in a huge grin and says “Do the rattling for me!” When Da Eul and So Eul rode the subway together in a recent episode, So Eul made Da Eul laugh by shaking him playfully along with the rattling movements of the train. 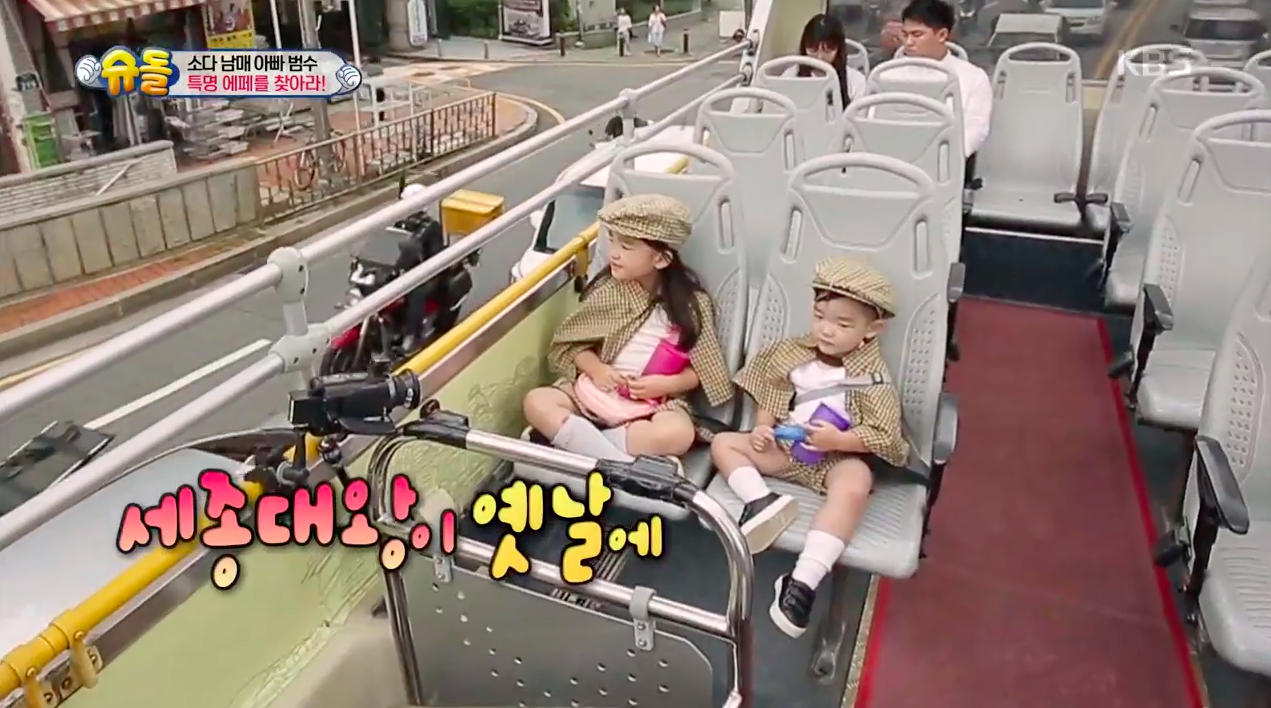 As they’re riding on the bus, So Eul kindly fixes Da Eul’s hat, and keeps him entertained by playing with him. Once they get off the bus, they have to cross a street, and So Eul teaches Da Eul to watch for cars first, holds his hand, and tells him to raise his arm in the air as he crosses. 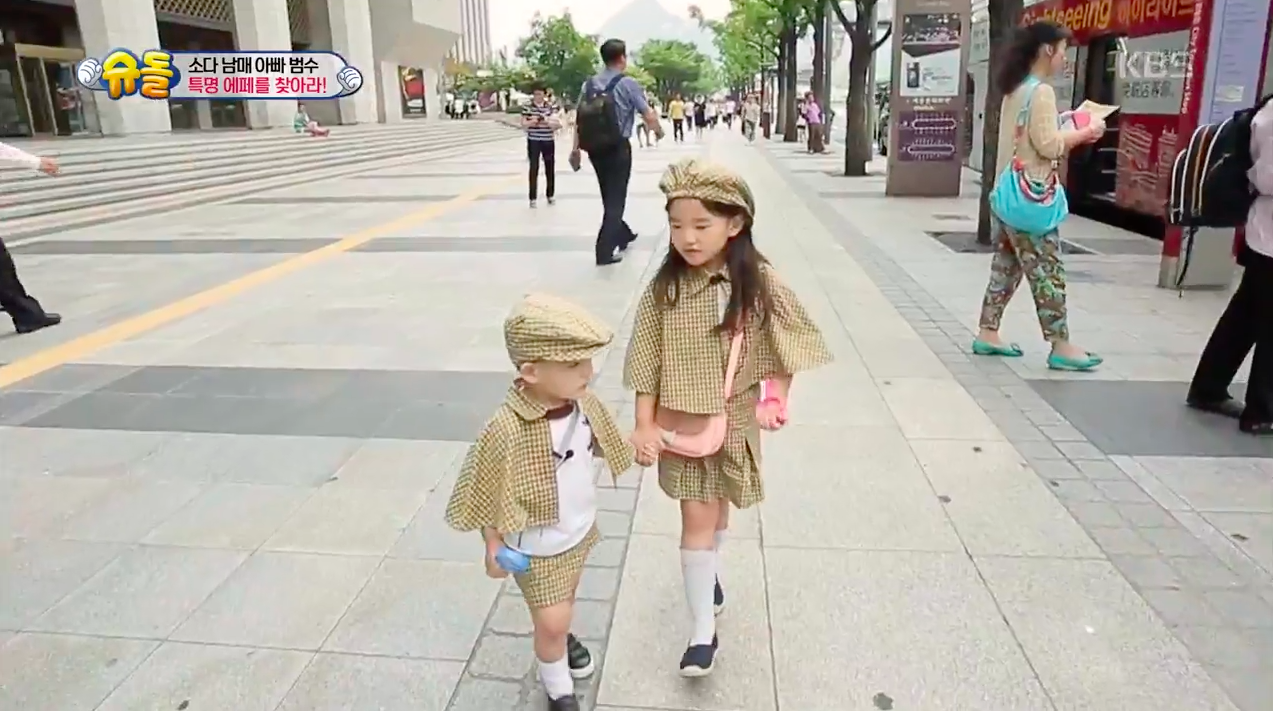 But when they arrive at Gwanghwamun Square, they discover that Epe is now somewhere else. The pair then have to take the subway together again to find her, and then a ferry!

Watch their cute adventure in the video below!