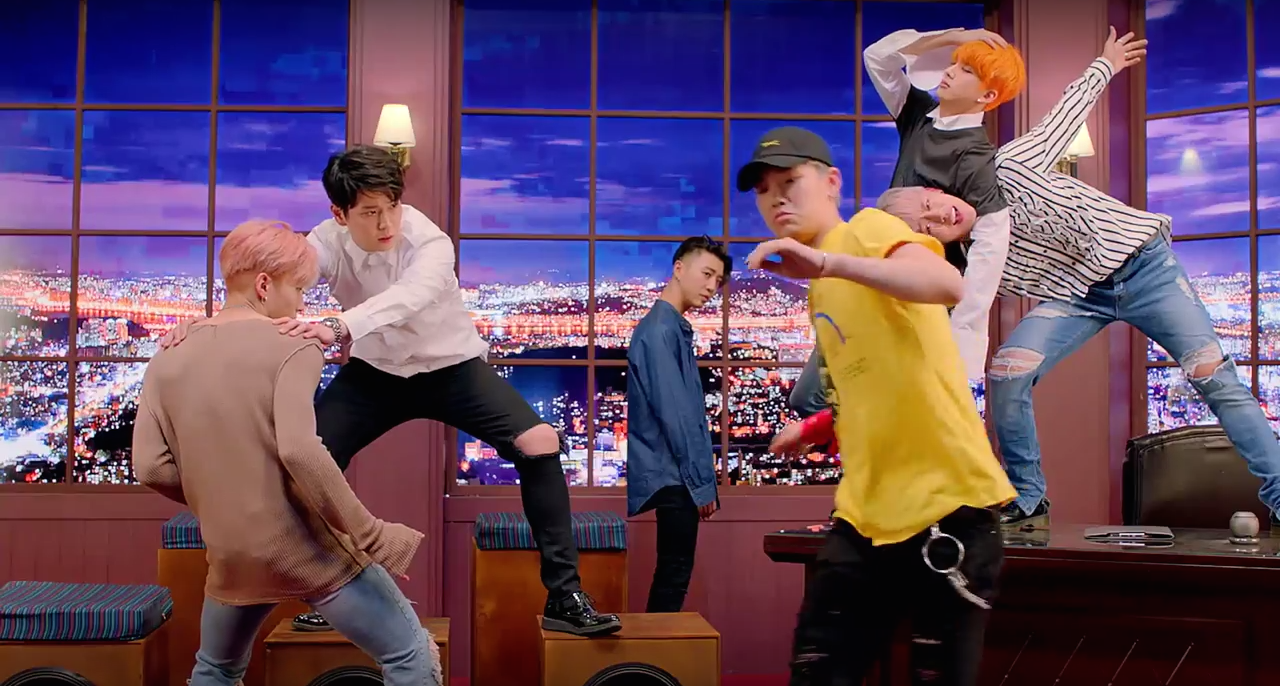 B.A.P is back with another fun and upbeat track!

On August 8, the group released the music video for their latest title song, “That’s My Jam,” from their single album “Put ‘Em Up.”

The track itself has an energetic and funky beat, while highlighting the members’ strong vocal and rapping skills.

To fit the lively song, the music video is bright and colorful, with many humorous moments. Notably, the members parody well-known shows such as “The Tonight Show” and channels like “National Geographic.” It also makes references to some of the group’s other songs and music videos, such as “Where Are You?” and “One Shot.”

The group also recently performed this track during their concerts on August 6 and 7.

Meanwhile, B.A.P will not be promoting this track officially on music broadcasts, but will instead be meeting their fans through fan signings.

Watch the entertaining music video below and let us know what you think!