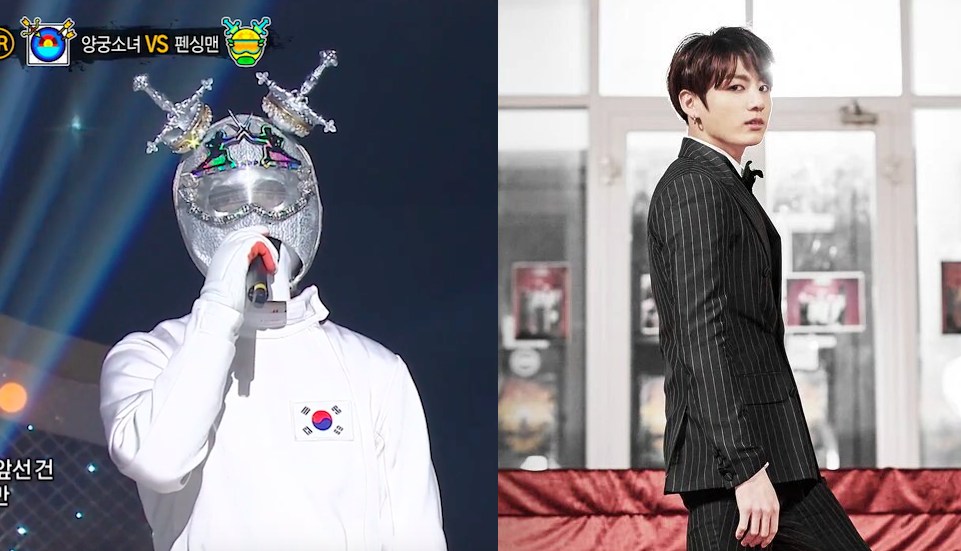 Watch: Contestant Speculated To Be BTS’s Jungkook Performs On “King Of Masked Singer”

The masked contestant that many viewers believe to be BTS’s Jungkook has made his first performance on “King of Masked Singer”!

ARMYs had already begun to speculate that a new contestant on “King of Masked Singer” is BTS’s Jungkook just from the footage in the preview for this week’s episode, based on his stance and the way he holds his microphone.

On August 7’s episode of “King of Masked Singer,” the contestant in question, who’s performing under the alias of Fencing Man, takes to the stage to perform a duet in the competition’s first round. Before they even start singing, members of the panel guess that both he and his duet partner Archery Girl are idol singers.

The pair perform the track “I’m in Love” by Ra.D, and many fans have said Fencing Man’s voice sounds just like Jungkook.

After the audience and celebrity panel submits their votes, the panel shares what they think of the performance and tries to guess who the contestants are. Kim Gura says he thinks Fencing Man might be a comedian who’s much older than Archery Girl, which seems to make Fencing Man laugh.

Other members of the panel praise both of their voices and say they sound like professional singers. Oh My Girl’s YooA says she’s sure that Fencing Man is an idol, and points out that in particular his body makes her think that.

As part of the talent portion, Fencing Man shows off his hilarious “fencing dance” and imitates the station announcements on Seoul’s subway system.

The panel and audience votes are then revealed, and Fencing Man wins the round with 59 points to Archery Girl’s 40. After Fencing Man exits the stage, Archery Girl is revealed to be singer Lady Jane.

As Fencing Man won this round, he’ll be appearing in next Sunday’s episode of “King of Masked Singer” to perform solo in the second round. If he wins against his competitor in the second round, he will go on to the third round. The winner of the third round is then pitted against the show’s current champion for the title of “King of Masked Singer.”

Do you think that Jungkook is behind the mask of Fencing Man?

BTS
Jungkook
The King of Mask Singer
How does this article make you feel?