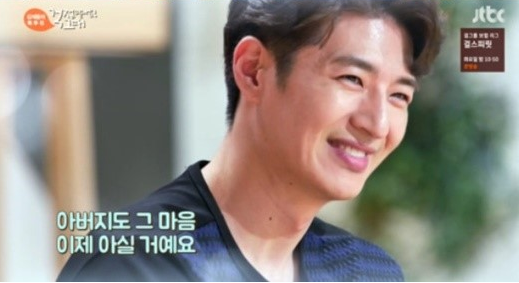 g.o.d’s Son Ho Young Talks About His Hardships With His Father

In the episode, the actor talked honestly with the audience, at one point opening up about his own hardships with his father.

“I dropped out of school when I was in my second year of high school,” he said. “I lived alone with my father, but it was really hard. I was very lonely.”

He continued, “At the time I hated my father. I even tried running away. For two years I left home. In that time, I debuted with g.o.d. After a while I listened to the album and decided to return home. I was so nervous, I even held my manager’s hand on the way.”

“But my father wasn’t the same man I remembered. He had aged a lot, and then I deeply regretted what I had done. When we had our first heart-to-heart, he told me he had been really lonely, too.”

He concluded, “Now I try to do everything I can for him.”

Kim Jae Dong's Talk to You
Son Ho Young
g.o.d
How does this article make you feel?