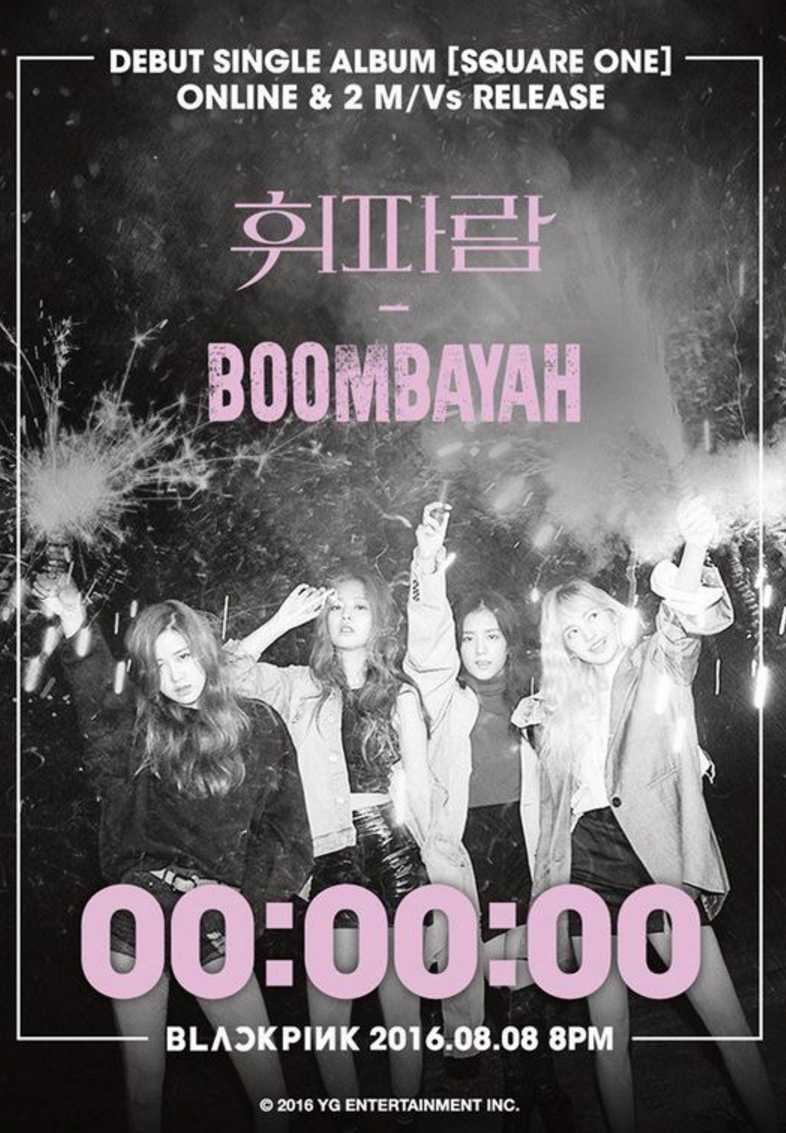 The agency posted the news on their official blog, with information on BLACKPINK’s showcase as well as two new posters for their official single album “SQUARE ONE.”

During the showcase, the group’s music videos for “BOOMBAYAH” and “Whistle” will be revealed for the first time, and will also be broadcast through Naver V-live.

BLACKPINK’s “BOOMBAYAH” is a fast-paced summer track with a powerful beat, while “Whistle” is a minimal hip-hop song which incorporates a sexy and dreamlike sound.

The members of BLACKPINK are Jennie, Lisa, Jisoo, and Rosé. Their average age is 19 years old, and their training periods range from four years to six years. Even before their debut, the members have appeared on dramas, music videos, advertisements, and collaborations with other artists under YG Entertainment.

BLACKPINK’s new music video for their song “BOOMBAYAH” will be released August 8 at 8 p.m. KST.