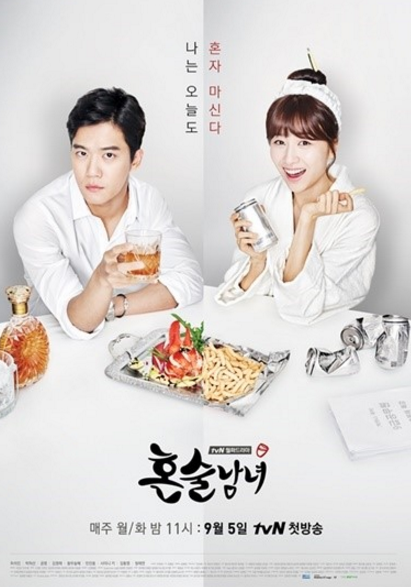 “Drinking Solo” is a drama about tired college lecturers and students who find their comfort in alcohol. The posters show a variety of characters, each with a different type of alcohol and food. The drinks and the food vary depending on the character’s ages, personalities and careers. 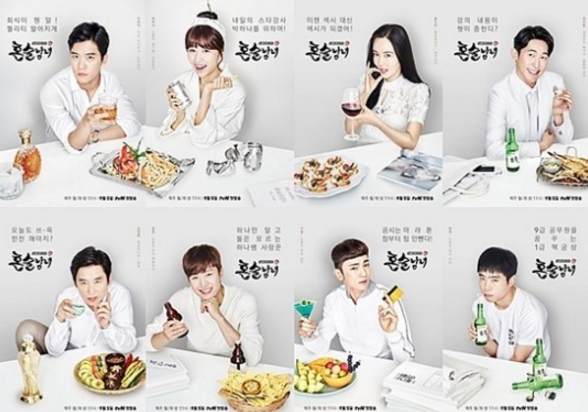 Ha Suk Jin stars as Jin Jeong Suk, a star lecturer who enjoys drinking alone, while Park Ha Sun stars as Park Hana, a new lecturer. Other cast members include Hwang Woo Seul Hye as Hwang Jin Yi, a college student who is popular for her sexy good looks, and SHINee’s Key, who stars as Kibum, a third year student.

“Drinking Solo” is a comedy that tells the story about lecturers and students who get their comfort through alcohol. The drama will air after “Bring It On, Ghost” on September 5.

Drinking Solo
How does this article make you feel?