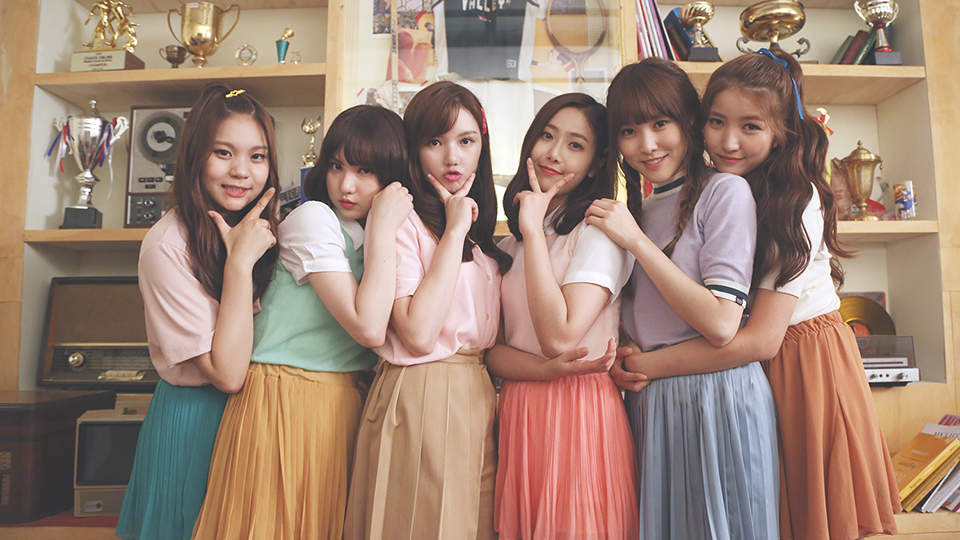 Just 16 points away from receiving a perfect score, GFRIEND’s “Navillera” tops our music charts for this week! The ladies once again battled Wonder Girls and once again won, but this time by a much larger margin. “Navillera” once again won all the major music shows last week, and has a much better showing on our Soompi Airplay. Congratulations again to GFRIEND!

Despite recapturing the top spot on GAON and other Internet charts, Wonder Girls’ “Why So Lonely” remains at second place this week. This song has already exceeded our expectations and is still going strong, leaving the rest of the Top 10 competition far behind.

Rounding out the all-female groups top three is SISTAR’s former No. 1 song “I Like That,” moving back up one spot to No. 3.

There are no new songs in the Top 10 this week. It was a very quiet week, as even GAON’s Top 100 featured only three new songs, all of which showed in the lower half of the chart. It’s very rare for this to happen in the middle of the summer, but stay tuned – we expect a lot of movement on next week’s chart!