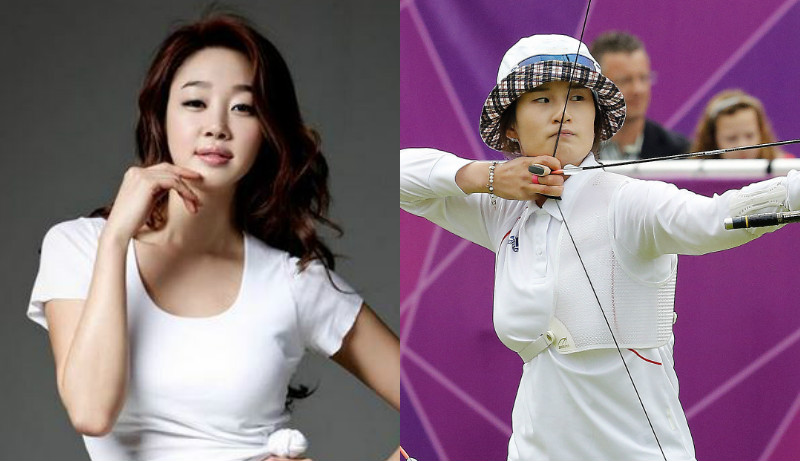 Here’s what she said, referring to a 2010 interview by Ki Bo Bae’s father, who said at the time that Ki Bo Bae enjoys boshintang (dog meat): 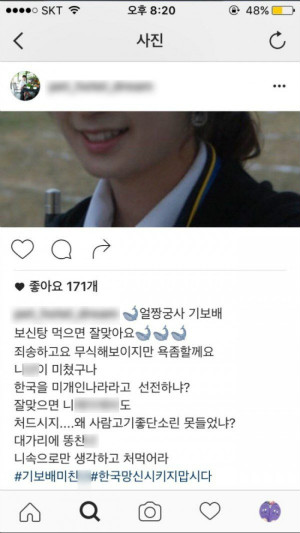 “Ulzzang archer Ki Bo Bae. Do you hit your mark when you have dog meat? I’m sorry, and I may sound ignorant, but I’m going to cuss a bit. B****, you must be crazy. Are you trying to portray Korea as a savage country? If [it helps you hit your targets], why don’t you eat your mother and father too… why, didn’t you hear that human meat is good? B****, your head is full of s*** #KiBoBaeCrazyB**** #LetsNotEmbarrassKorea”

When her post started creating a lot of noise and controversy, Choi Yeo Jin’s mother deleted the post and posted an apology later that day. 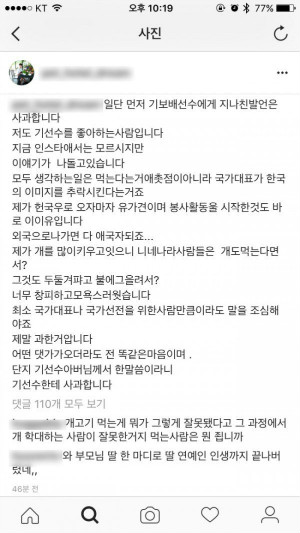 She said, “First, I’d like to apologize for my harsh words toward Ki Bo Bae. I like her, too. You might not know here on Instagram, but the focus is not on what people eat, but that a member of the national team is crashing Korea’s image. That’s the reason that I started volunteering with abandoned animals as soon as I came to Korea.”

She continued, talking about her experiences abroad: “Everyone becomes a patriot when they go abroad… Because I have a lot of dogs, [I’d hear things like] ‘Your people eat dogs, right? After beating them?’ It was so embarrassing and insulting. At the very least national athletes should be careful about what they say.”

“I realize that what I said was excessive. But regardless of the consequences, my thoughts remain the same. It was just something I said to her father. I apologize to Ki Bo Bae.”

Choi Yeo Jin also stepped forward and apologized on behalf of her mother. In a written apology posted on the actress’s Instagram on August 8, she says, “My mother really hurt Ki Bo Bae and everyone supporting the athlete with her post on social media. I would like to bow my head in sincere apology. I think her biggest wrong is that she tried to judge others based on her own perspective. I’d like to apologize once again for my mother’s poor judgement.” 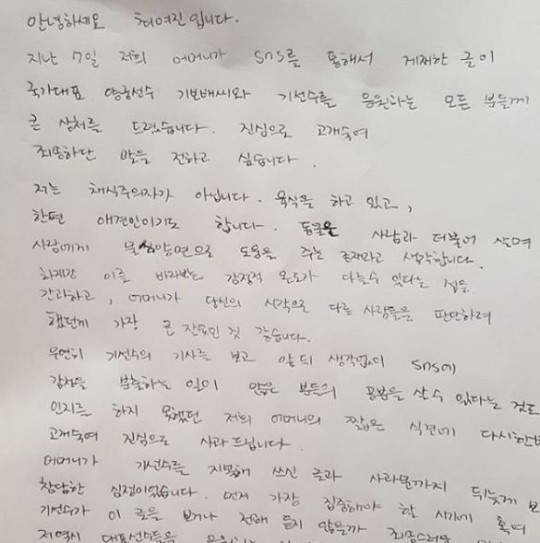 Choi Yeo Jin
ki bo bae
How does this article make you feel?