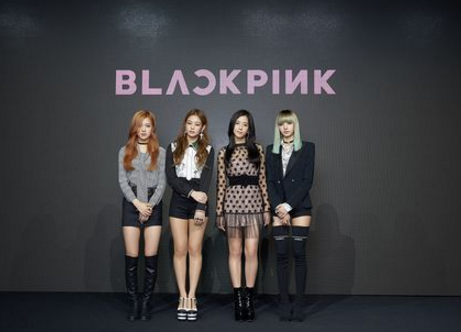 The group was asked about how they felt during the V-live showcase. “Despite being nervous, we will show everyone just how hard we worked while waiting for our debut,” said Rosé. Jennie responded, “I’m trembling a lot right now. We will work hard to create BLACKPINK’s own color.” “Because I’ve waited so long for our debut, I’m very nervous,” stated Jisoo. “The fact that we all trained together and are able to debut together makes me really happy,” said Lisa.

YG’s Yang Hyun Suk shared his thoughts about BLACKPINK and 2NE1. “We didn’t try too hard to create a difference between BLACKPINK and 2NE1. It was the same when we created 2NE1. YG has its own unique sound so we focused on making the music sound the most like us,” he explained.

In regards to the delay in the group’s debut, he replied, “If you saw BLACKPINK four years ago, you would still say that they were really good. But in the end, team harmony is the most important. I think right now BIGBANG members have a great team harmony. When we first started BLACKPINK, there were a lot of members involved. Some members left, while others remained as trainees. As I thought over it a lot, I decided on these specific members.”

He continued to say, “There is no leader. They have been friends for so long that having a leader is impossible. All four members can be leaders.”

BLACKPINK’s new single album “SQUARE ONE” as well as their music videos for “BOOMBAYAH” and “Whistle” will be released on August 8.