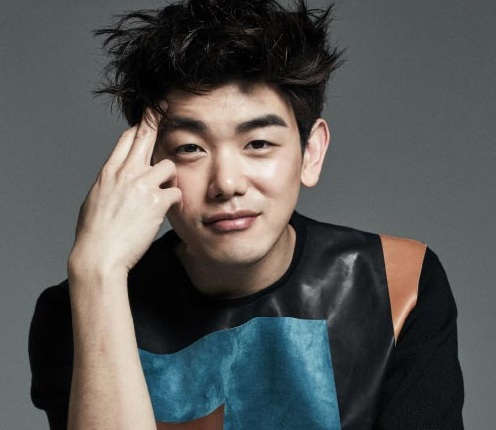 Eric Nam recently sat down for a interview and had a few drinks, too, while answering some questions about his “We Got Married” wife Solar from MAMAMOO.

At first, Eric Nam says that it was awkward between the two. “I called her ‘honey’ from time to time and it made me cringe,” says the singer, laughing.

“I just got comfortable while filming the last two or three episodes. I thought Solar was a playful person but it surprised me that she was the total opposite. I was very worried at first because this felt like I was signing a marriage contract,” Eric Nam confesses.

He continues, “The people in the studio wanted us to get closer quicker, but that doesn’t match with our concept. My actual goal when marrying in real life is to live like friends even after marriage.”

Eric Nam comments that Solar is a very good person, saying, “I want to maintain my friendship with her, calling each other whenever a good or bad thing happens. I realized that my personality matches well with hers after getting to know each other. My wish that I told her when we were in Jeju Island became a hot topic. I really meant it when I said that I wanted to speak informally with her. That’s the only way we would become close. Getting to speak informally was the key.”

In a recent episode of “We Got Married,” Eric Nam let Solar take charge of their finances. When asked if Eric Nam would let his real wife, later in life, do this, he says, “I like to look at the big picture. I could handle detailed parts of my finances but I would leave it up to my wife if she offers. If you look at my parents, my dad looks at the big picture while my mom takes care of the detailed things. Oh, this is quite fascinating. It looks like I prefer my parents’ style.”

Watch Eric Nam and Solar in the latest episode of “We Got Married” below!