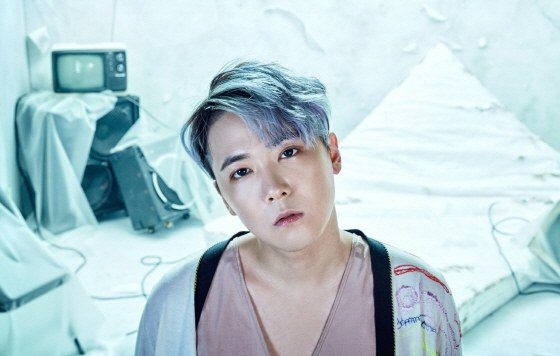 FTISLAND vocalist Lee Hong Ki is suffering from fatigue after a packed few weeks of promotions and rehearsals.

FTISLAND released their sixth full album “Where’s the Truth?” on July 18, and their final music show performance was recorded for SBS’s “Inkigayo” on August 7. At 7 p.m. KST on August 7, FTISLAND held their final fan meeting for this round of promotions, which was also their last official promotional event for their new album.

Unfortunately, Lee Hong Ki was only able to say hello to fans briefly at the fan meeting before being taken to the hospital. It’s reported that he was in a fatigued state due to his demanding schedule, as he has not only been promoting the album but also rehearsing for his upcoming musical.

FNC Entertainment has stated, “Lee Hong Ki has sung live throughout all their performances in the past three weeks. With the addition of his musical rehearsals at the same time, it appears that he is suffering from accumulated fatigue.”

On August 8, Lee Hong Ki posted a photo to his Instagram with the caption, “Good work during the three weeks of our promotions. I’m going to disappear for a little bit. Don’t come looking for me. I’ll get mad.”

FTISLAND will be holding their “2016 FTISLAND Live in Seoul” concerts on August 20 and 21, while Lee Hong Ki’s musical “The Days” will be opening on August 25.

Support the artist by buying FTISLAND - Where's the Truth? from YesAsia
FTISLAND
Lee Hong Ki
How does this article make you feel?